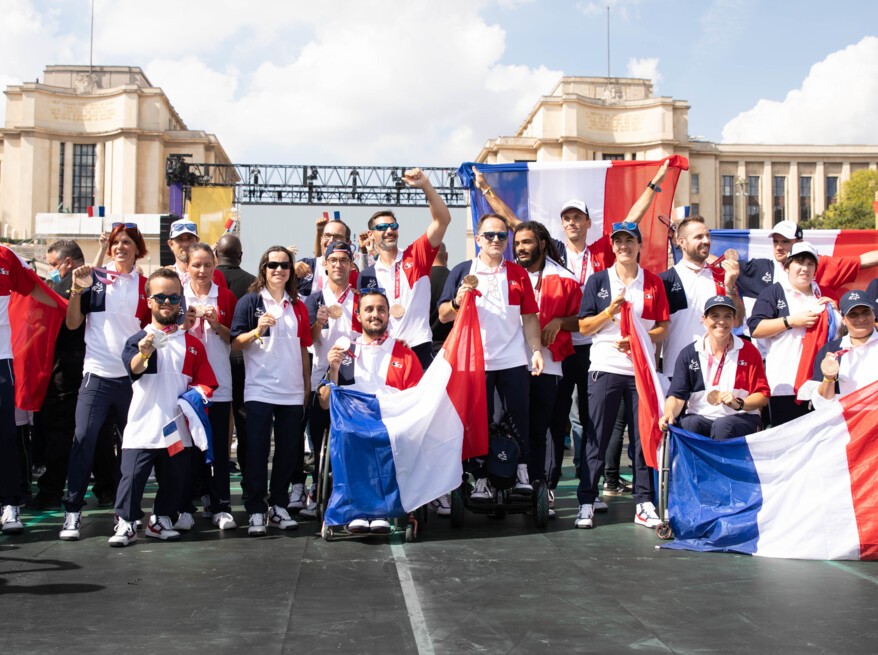 A ceremony reflecting the inspirational force of Paralympic athletes

For its first Paralympic ceremony, Paris 2024 aimed to bring an artistic dimension to the determination and excellence demonstrated by the Paralympic athletes.

The artists involved in the ceremony offered viewers around the world exceptional performances: from the hypnotic choreography of Sadeck Berrabah, accompanied by Oxandre Peckeu, a young man with a revolutionary prosthetic arm, alongside a team of 126 dancers including amateurs and professionals with and without disabilities, to a musical mix by Pone, an iconic member of the Fonky Family crew in the 1980s who has since been diagnosed with ALS, and who produced his performance entirely through the movement of his eyes.

Paris 2024 also wanted to enable French people to participate in the ceremony, which included a sign-singing interpretation of the Marseillaise by Betty Moutoulamaya, who spontaneously contacted Paris 2024 Organising Committee with a request to take part. The public were likewise invited to share the joy of the French Paralympic medallists returning from Tokyo, who were present on the stage of the ‘Live des Jeux’ live site in the company of Tony Estanguet, President of Paris 2024, and several of their teammates from the Olympic Games. Like the choice of a single emblem for both the Olympic and Paralympic Games, this united team reflects Paris 2024’s determination to bring the same level of ambition and passion to both sides of the project.

The ceremony concluded with a spectacular image of the Eiffel Tower sporting a blade in place one of its feet and with a purple flag featuring the Paris 2024 emblem flying proudly from its summit – a reference to the #WeThe15 campaign led by the IPC. It is at the foot of this spectacular Paris landmark that blind football, para judo and wheelchair rugby will be hosted in 2024. The Eiffel Tower will be one of the iconic venues of the Paris 2024 Games, which will offer an extraordinary showcase for the athletes.

With three years to go to this historic first Summer Paralympic Games in France, Paris 2024 is ready to put its incredible playground at the athletes, sport and the Games.

The Paralympic flag handed to the Mayor of Paris in the Tokyo Olympic Stadium will officially return to France on 6 September, accompanied by the final returning athletes from the French Paralympic team.

In order to celebrate the arrival of the Games throughout France, a national Olympic and Paralympic flag tour will begin on Wednesday 8th September. It will allow the energy of the Games to be shared throughout the country and offer a chance for the public to celebrate with the athletes. The tour will be launched in Seine-Saint-Denis, with the first phase including around 20 dates between now and mid-October. It will subsequently continue until 2024. 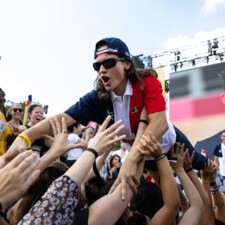 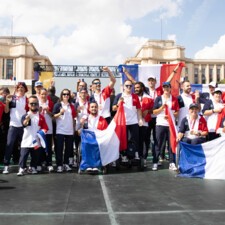 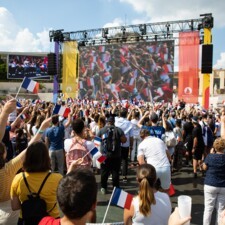 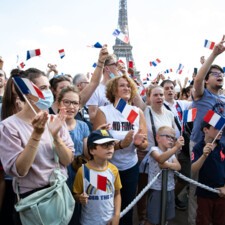 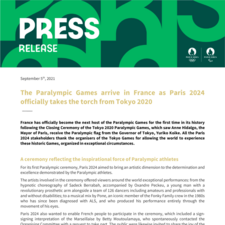