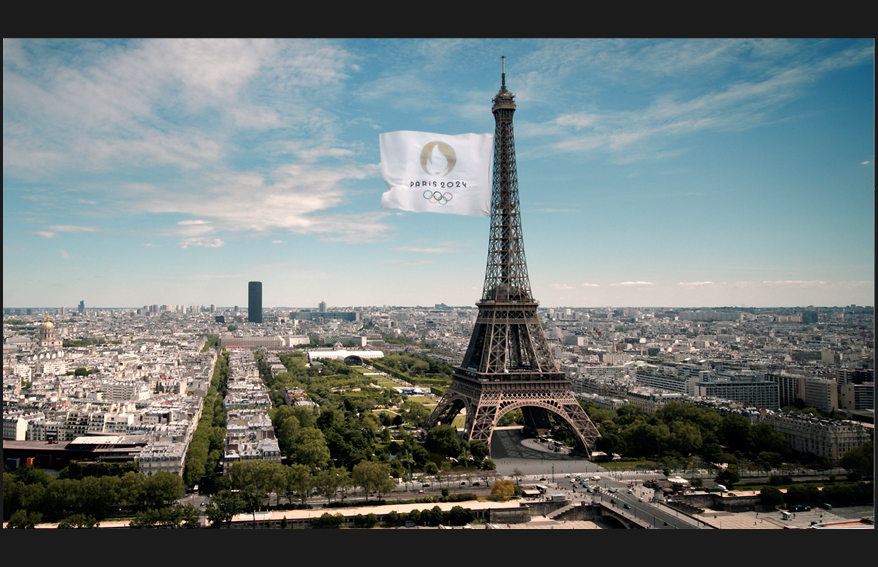 On Sunday 8 August, during the Closing Ceremony of the Tokyo 2020 Games, Anne Hidalgo, Mayor of Paris, received the Olympic Flag from the Governor of Tokyo, Yuriko Koike. Paris thereby officially became the next city to host the Olympic Games, 100 years after it last did so in 1924. Paris 2024 wanted to use its first ceremony to provide a taste of its ambition to make the Games more open than ever. More than 5,000 people attended the Handover Ceremony held between Tokyo and the Trocadero Gardens in Paris, in the presence of French medal-winning athletes from Tokyo 2020

For its first ceremony, Paris 2024 took the Games out of the stadium: from the national anthem, integrated for the first time into the artistic segment, to the BMX race on the roofs of Paris. The ceremony was conceived as a meeting of sport and the new host city – from its iconic landmarks to places of everyday Parisian life, and even to space thanks to a surprise appearance from French astronaut, Thomas Pesquet.

This artistic concept reflected the project's ambition to take sport out of its traditional spaces. The Paris 2024 Games will be open to the city, with temporary competition venues at the foot of the most famous French landmarks and the first Opening Ceremony in the history of the Games to take place in the city, at the heart of Paris, on the Seine.

This ceremony ended with the spectacular image of a flag with the Paris 2024 emlbem at the top of the Eiffel Tower, which was captured during the flag test on 8 June in Paris.

Paris 2024 also wanted the public at home to be able to experience this ceremony. Led by the medal-winning athletes of the French team in Tokyo, more than 5,000 people celebrated the arrival of the Games in France, in the presence of Tony Estanguet, President of Paris 2024.

For this ceremony, Paris 2024 collaborated with a new generation of athletes and French creative talent who brought a fresh and modern touch to proceedings: Woodkid for the musical composition, Victor Le Masne for the re-orchestration of the Marseillaise, Chloé Dufresne as the conductor of the Orchestre National de France and Valentin Petit for the direction.

*Discover the whole presentation of the ceremony: https://press.paris2024.org/assets/media-guide-handover-ceremony-paris-2024-5311-7578a.html?lang=en

The Olympic flag arrives in France on 9 August

The flag handed over to the Mayor of Paris, Anne Hidalgo, in the Olympic Stadium will officially return to France on Monday August 9th, accompanied by the last group of French athletes Teams to return from Tokyo.

The Mayor of Paris, Anne Hidalgo and Paris 2024 President, Tony Estanguet, wish to share this symbol with the people of France. A flag tour will be organised throughout France, particularly in the Games host communities, starting with the Seine-Saint-Denis region, after the Paralympic Games.

Paris is proud to take the baton from Tokyo and is ready to put its exceptional playground at the service of athletes, sport and the Games.

Find all the visuals related to the Olympic flag handover ceremony

The Paris 2024 presentation pack – Ready to take the baton : https://press.paris2024.org/assets/olympic-games-presentation-pack-paris-2024-ready-to-take-the-baton-58ad-7578a.html?lang=en

All Paris 2024 communications and the media library: https://presse.paris2024.org/

On the occasion of the arrival of the Games in France, Paris 2024 is opening its official online shop with a first range of products which will be expanded with new product lines by 2024.

The Olympic and Paralympic Games are the leading sports event in the world and have a unique media impact, bringing together some 10,500 Olympic and 4,350 Paralympic athletes respectively representing 206 and 182 delegations from five continents. The Games are followed by over 13 million spectators and 4 billion viewers around the world through more than 100,000 hours of TV coverage, and their impact as a global event of great sporting, economic and cultural importance is unparalleled.

Founded in January 2018, Paris 2024 is headed by Tony Estanguet, a three-time Olympic champion and IOC member. It is administered by an Executive Board (EB) that brings together all the project’s founding members: CNOSF, the City of Paris, the state, the Île-de-France Region, CPSF, the Greater Paris Metropolitan Area, the Seine-Saint-Denis Departmental Council and representatives of the local authorities involved in the Games. 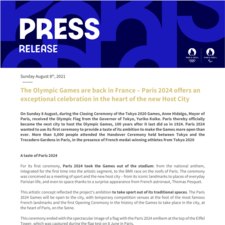 The Olympic Games are back in France – Paris 2024 offers an exceptional celebration in the heart of the new Host City.pdf 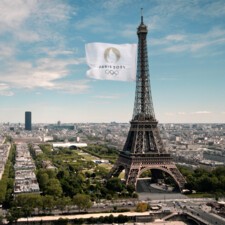