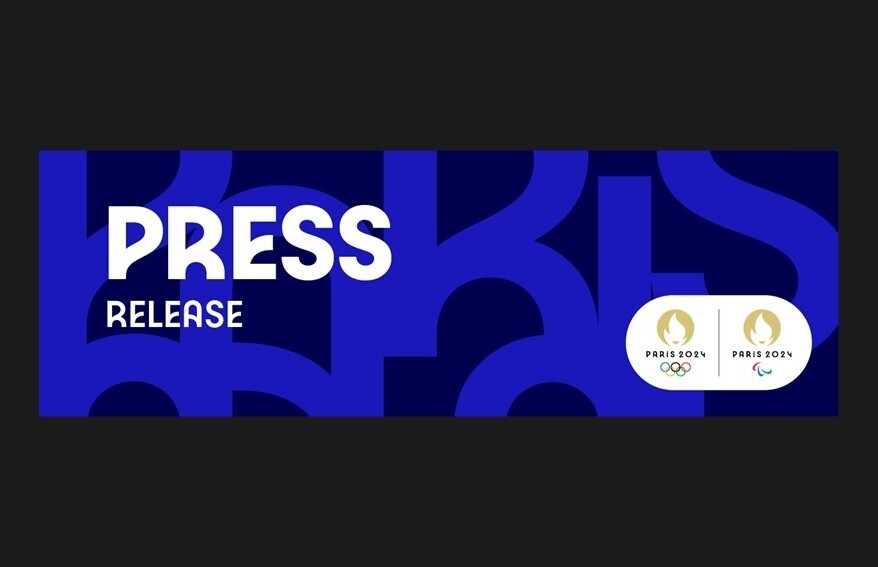 Following initial validation by the Executive Board on 23 June, Paris 2024 is continuing its efforts to optimise the Olympic and Paralympic venues master plan, which ensures enhanced competition conditions, helps keep control of the budget, and preserves the legacy of the Games for local residents and regional authorities. The Board of Directors of Paris 2024 has approved the potential solutions identified, and granted a mandate to the organisation to continue working with the stakeholders involved, before the propositions are officially presented to the IOC and IPC for final validation.

Châteauroux identified as a venue for shooting and shooting Para sport

The Board of Directors of Paris 2024 has confirmed that the shooting and shooting Para sport events are to be moved and the venue in Châteauroux as the favoured option offering the best conditions for the organisation of the competitions in 2024. Drawing upon the positive exchanges with the Fédération Nationale de Tir (National Shooting Federation), and the enthusiasm of the elected regional authorities, Paris 2024 is continuing discussions with the actors involved to finalise the technical and financial matters relating to this new host territory.

The “Terrain des Essences”, in La Courneuve, which was initially identified to host the shooting and shooting Para sport, will remain a competition venue. It will serve as the starting point for the Para marathon and the Mass Event Road cycling; there is less temporary infrastructure required for these two events. The large-scale decontamination and renaturing work will continue on the 13-hectare site, meaning the Games leave a lasting legacy that will benefit the area and its residents.

With Villepinte, new competitions will be hosted in Seine-Saint-Denis

The Board of Directors has approved the site of Villepinte, in Seine-Saint-Denis, to host the boxing preliminaries, the fencing ranking round of modern pentathlon and sitting volleyball during the Paralympic Games. The venue is subject to validation by the relevant international federations. The final stages of the boxing events will be held in Roland Garros, on the Philippe-Chatrier court, after the Tennis competition.

With Villepinte, and with the para cycling events being held at Clichy-Sous-Bois, in addition to all the sites that are already on the venues master plan, Seine-Saint-Denis is, even more than before, at the very heart of the Paris2024 Olympic and Paralympic Games.

Following discussions with the International Basketball Federation (FIBA) and the IOC, the Board of Directors has mandated Paris 2024 to propose the Pierre-Mauroy stadium in Lille for the organisation of the preliminary phase of the basketball events.

Stade Pierre Mauroy has a history of hosting major international competitions. The record attendance for a basketball match in Europe was broken at Stade Pierre-Mauroy at the EuroBasket final in 2015 (27,372 spectators).

This new arrangement has the benefit of providing greater coherence between different team sports. With the basketball preliminaries being held in Lille, the handball preliminaries can be staged in Paris, in Hall 6 of the Parc des Expositions at Porte de Versailles. Thus, handball players will have the possibility of competing in Paris. From the quarterfinals onwards, the basketball competition will take place at Arena Bercy in the heart of Paris. This option also helps optimise the use of existing competition venues and keeps the budget under control thanks to the exceptional capacity of the competition site in Lille.

The IOC will provide a final approval of these venues after full completion of the technical assessments as to the Pierre Mauroy Stadium's compliance with FIBA’s requirements.

The Board of Directors has officially mandated Paris 2024 to present to the International Paralympic Committee (IPC) the alternative concept of a Paralympic Games Opening Ceremony in the heart of the host city, Paris. Organised on the iconic Place De La Concorde, the Ceremony would be offering Paralympic athletes a unique experience.

Discussions will be held in the coming weeks with the IPC to agree on areas such as spectator capacity, accessibility, athletes' experience and budget, to define the most appropriate scenario for the Paralympics Games Opening Ceremony.

The two closing ceremonies of the Olympic and Paralympic Games will take place at the Stade De France, in Saint-Denis. 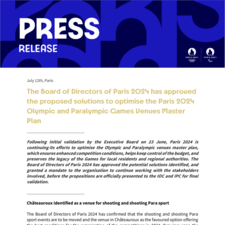 Paris 2024 - The Board of Directors of Paris 2024 has approved the proposed solutions to optimise the Paris 2024 Olympic and Paralympic Games Venues Master Plan.pdf