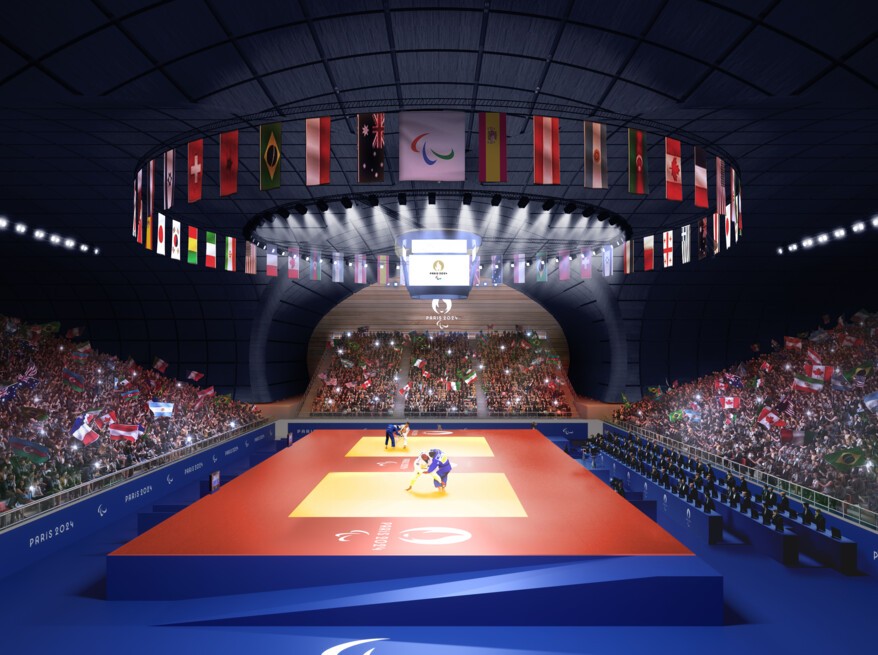 Session-by-session calendar for the Paris 2024 Paralympic Games: an exhilarating program!

Paris 2024 is unveiling the competition schedule for the Paralympic Games (28 August to 8 September 2024) which features a densely packed 11-day programme whereby 549 medal events will be contested across 22 exhilarating Para sports. This schedule is the result of a lengthy collaboration involving actors in the public domain, alongside Paris 2024 and the International Paralympic Committee (IPC), the sporting movement and in particular, the International Federations as well as the Olympic Broadcasting Services (OBS). The Interministerial Delegation to the Olympic and Paralympic Games, and transport operator Île-de-France Mobilités, have been important contributors to the discussions. The goal has been to ensure the best possible experience for both the athletes and the spectators.

With no competition planned for 28 August so that all athletes can make the most of the Paralympic Games Opening Ceremony, 11 days of sensational sport will begin on Thursday 29 August and finish on Sunday 8 September, the day of the Closing Ceremony.  There will be 269 competition sessions with 3.4 million tickets on sale, the most ever for a Paralympic Games.

Medals being won… from Day 1

There will be a very strong start to the Games: 11 out of the 22 sports will be contested on the very first day of the competition, Thursday 29 August. The same day will see the first Paralympic champions crowned in Para swimming, Para taekwondo and Para cycling (track).

The first weekend of the Games - Saturday 31 August and Sunday 1 September – will be packed with sport, with competition in 16 sports taking place in two days.

Events in Para rowing and Para canoe will be concentrated across the two weekends. The purpose of this arrangement is to lend greater visibility to these two sports and make it easier for numerous spectators to get to Vaires-sur-Marne – the spectacular setting for these two competitions: from 30 August to 1 September for Para rowing; and from 6 to 8 September for Para canoe.

In addition, the competition format for the five team sports at the Games (blind football, sitting volleyball, wheelchair basketball, wheelchair rugby and goalball) has been harmonised with eight nations competing in each of the sport’s respective medal events.

The final day of competition Sunday 8 September, which will also be the day of the Closing Ceremony, will climax with medal events in four sports – Para athletics marathon, wheelchair basketball, Para canoe, and Para powerlifting.

Overall, the sporting competition is spread out over 11 days – one day less than the Tokyo Games – meaning a packed programme with multiple disciplines to enjoy at each session. Competitions will finish no later than 11.30pm each day.

The 549 events – spread across 269 sessions – will be held in awe-inspiring settings: Les Invalides for Para archery; the Champ de Mars, at the foot of the Eiffel tower, for blind football, Para judo and wheelchair rugby; and the grounds of the Château de Versailles for Para equestrian. These spectacular surroundings, in addition to the densest ever competition schedule, will make for a unique experience for everybody involved in the Games.

The Paris 2024 Paralympic Games will feature a record number of medal events and athlete slots for women, as well as more competition opportunities for athletes with high support needs.  The Games will include a record 235 medal events for women, eight more than at Tokyo 2020.  There will also be at least 1,859 slots for female Para athletes, almost double the 990 women that took part at Sydney 2000.  The overall number of participating females could also increase further as there are 339 gender-free slots for the Games.

The Competition schedule of the Paris 2024 Paralympic Games will be revealed in late 2022.

* A session: a competition within a given timeslot at a specific site
** The day of the Opening Ceremony (D-0), Wednesday 28 August, is the reference point in drawing up the schedules

Attached is the session-by-session events schedule for the Paris 2024 Paralympic Games. This provisional schedule is subject to change, right up until the conclusion of the Games 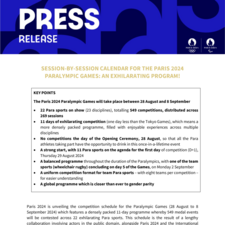 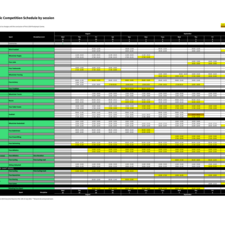