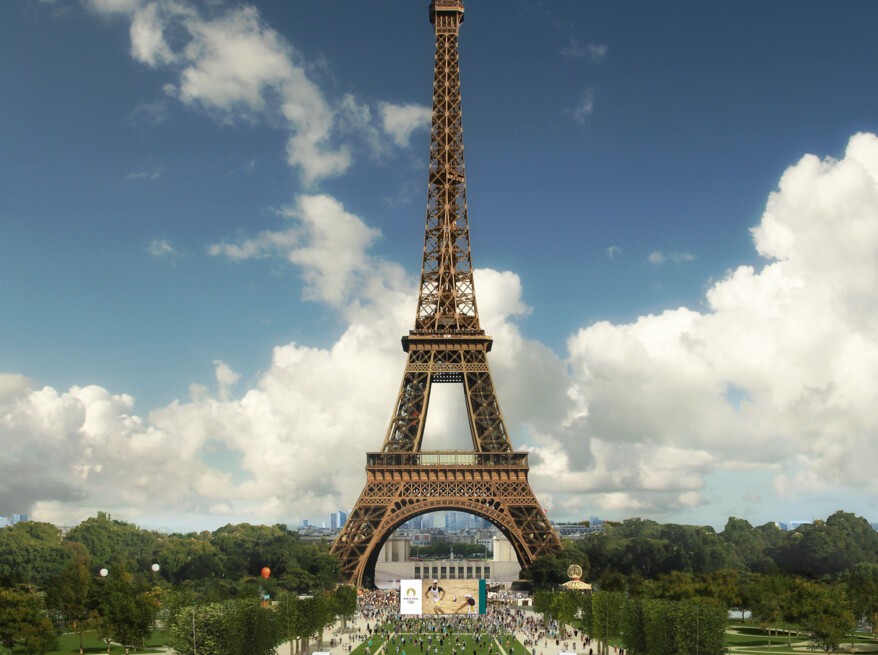 The promise of exceptional moments

The International Olympic Committee’s (IOC) Executive Board today approved the competition schedule for each session of the Olympic Games Paris 2024. The schedule reflects Paris 2024’s ambition to stage a spectacular and popular Games.

32 sports will be on the programme, which will give rise to 19 days of competition from Wednesday 24 July to Sunday 11 August, 329 events, for a total of 762 sessions*.

This calendar is the result of a long process of collective work involving, alongside Paris 2024, the international sports movement (International Federations, International Olympic Committee), the host broadcaster of the Games OBS (Olympic Broadcasting Services) and public stakeholders (including the Interministerial Delegation to the Olympic and Paralympic Games and Ile-de-France Mobilités) to offer the best possible experience to athletes and spectators.

The schedule is particularly well-balanced over the entire period of the Games, with the promise of highlights for each day of competition. As pledged by Paris 2024, the competition schedule will allow all athletes to experience at least one of the two ceremonies, if they wish to do so. No competitions will be scheduled on the afternoon of Friday 26 July - the day of the Opening Ceremony. Athletes competing in Lille for handball (no matches scheduled on D+1** in the morning) or in Marseille for sailing (competitions start on D+2, Sunday 28 July) will therefore benefit from and adapted schedule which allows them to experience the Opening Ceremony in person in Paris on the Seine. The same applies to football players, who will not compete on 26 July, with matches on 27 July not starting before 3pm. Surfing events, which will take place on the mythical Teahupo'o wave in Tahiti, will start on Saturday 27 July, giving athletes who wish to attend the Closing Ceremony time to travel to Paris.

Competitions will start on 24 July 2024, two days before the Opening Ceremony

On the field of play, the Olympic Games Paris 2024 will begin before the Opening Ceremony. From Wednesday 24 July (D-2), three team sports will open sporting competition: handball at the Pierre Mauroy stadium in Lille, rugby at the Stade de France in Saint-Denis and football in the seven cities hosting the men's and women's tournaments (Paris, Bordeaux, Lyon, Marseille, Nantes, Nice and Saint-Etienne). This will be an opportunity for a large number of spectators to kickstart the Games early, with enthusiasm and fervour.

The schedule has been designed to ensure that the Games generate spectacular moments and unique emotions from the very beginning! From the day after the Opening Ceremony - Saturday 27 July (D+1) - eight sports will have their first finals and medals awarded: cycling with the Women's and Men's Time Trial, judo, Fencing, diving, rugby, shooting, swimming and skateboarding, which will be the first urban sport to take the stage.

The Place de la Concorde will host events throughout the Games

The Place de la Concorde, which will mix urban sports and culture, is set to be one of the highlights of the Games. The urban park will host four spectacular sports without almost any breaks from D+1 (Saturday 27 July) to D+15 (Saturday 10 August). Street skateboarders will be the first to compete at the foot of the Obelisk. The breaking b-girls and b-boys, who will be making their first appearance at the Games, will have the privilege, two weeks later, of bringing the sports programme at the Place de la Concorde to a close.

All swimming and athletics finals in the evening

All the finals of the swimming events held in the Arena Paris La Défense, and the athletics*** finals at the Stade de France, will take place in the evening as will many other moments that will mark the history of the Games.

The rhythm and intensity of the Olympic Games' session-based competition schedule will be enhanced by a fabulous midway weekend that will delight those lucky enough to have tickets. For some fifteen sports, these two days - Saturday 3 and Sunday 4 August (D+8 and D+9) - will be synonymous with finals, and therefore medals: tennis, table tennis, judo, fencing, athletics, archery, shooting, cycling (with the Road Race), golf, equestrian, rowing, artistic gymnastics, badminton, and swimming.

The road events, which always amongst the most popular, will be spread out harmoniously throughout the Games. They will offer many opportunities to experience the passion of the Games and will place athletes as close as possible to the public at the heart of the capital and its most beautiful monuments. In cycling, time trials will be held on D+1, Saturday 27 July; the triathlon events will take place on D+4, 5 and 10, i.e. Tuesday 30, Wednesday 31 July and Monday 5 August; the walking competitions will take place in the streets of Paris on D+6 (Thursday 1 August) and D+12 (Wednesday 7 August); the road cycling road races will be scheduled on Saturday 3 and Sunday 4

August (D+8 and D+9); the marathon swimming, held in the waters of the Seine, will be scheduled on Thursday 8 and Friday 9 August (D+13 and D+14). Finally, the mythical marathon events (women and men) will be held during the last weekend of the Games.

Paris 2024 wanted to offer the best possible exposure to all team sports. Therefore, in order to avoid duplicating on the final weekend, the women's and men's hockey, handball, football, beach volleyball, volleyball, basketball and water polo finals will be spread out over four days, between Thursday 8 and Sunday 11 August, for a real final bouquet.

As a general rule, competitions will never start before 7.30am and will end no later than 11.30pm on weekdays. On Friday and Saturday nights, competitions will end at midnight. The finals sessions will, with some exceptions, include a medal ceremony.

The Olympic competition schedule by event will be unveiled at the end of the first half of 2022.

The validation of the Paralympic Games competition schedule per session will take place next summer.

*A session: a competition in a given time slot at a specific site

** The day of the opening ceremony (D-0), Friday 26 July, is the reference day for establishing the programme.

*** The decathlon and heptathlon events are held over full days.

Attached is the competition schedule for each session of the Olympic Games Paris 2024. This provisional calendar is subject to change right up to the end of the Games. 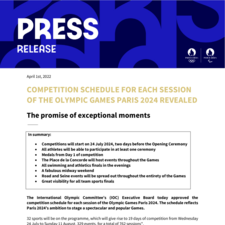 Paris 2024 - Competition schedule for each session of the Olympic Games Paris 2024 revealed.pdf 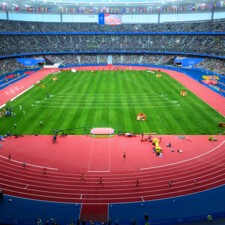 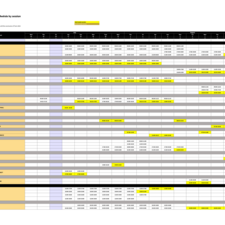