Menu
Press area / SITE CORPORATE
Thank you for registering! We sent you a confirmation email; please click the validation link to confirm your subscription.
05.10.2021

Press Release - 100 days until the Olympic and Paralympic Games Beijing 2022, Team France has unveiled its new emblem – a symbol of determination

With a little over 100 days until the Olympic and Paralympic Games Beijing 2022, and as we look towards Paris 2024, Team France has unveiled its new emblem – a symbol of determination

Yesterday, as the delegation, set to take part in the Olympic and Paralympic Games Beijing 2022 (from 4 to 20 February and 4 to 13 March, respectively), was officially presented and a countdown to the Games launched, the new visual identity for Team France was also unveiled. This event marks a turning point in the history of French sport; already united as one single team, the French Olympic and Paralympic athletes for both summer and winter sports will now wear clothing bearing the same emblem from now until 2024 and beyond. Accordingly, the Le Coq Sportif range of sportswear for the Beijing 2022 Games made its first appearance today at a runway show at the brand’s factory in Romilly‑sur-Seine.

Brigitte Henriques, President of the CNOSF:

“CNOSF teams are preparing for the Olympic Games in Beijing, which are now just 123 days away. Like the Games in Tokyo, they will be different to previous editions, but after this summer we now have the experience and expertise required to accompany the athletes on the road to Beijing 2022 in the best possible conditions. I am delighted to have given Nathalie Péchalat the role of mission head and I am sure she will represent France beautifully.”

“The athletes are now more than ever focusing on the Beijing Games. From the challenging selection process to flawless preparations, this new season will be decisive for them – but I know that Team France is talented, successful, and made up of some of the world’s best athletes. They are and will continue to be proud representatives of French sport in the coming months.”

One Team France, one emblem. The creation of a unified Team France in April came in response to the ambitions of French sport ahead of the Games in France in 2024. Just after Tokyo 2020, and a few months from the Beijing 2022 Games, this new emblem confirms the team’s unity while evoking the determination that the athletes will demonstrate, first in Beijing, then continuously until 2024. The emblem is the fruit of teamwork between Paris 2024 (as the Organising Committee holds the Team France trademark for the entire period leading up to Paris 2024), the CNOSF and the CPSF, with support from the French Ministry of National Education, Youth and Sport as well as the French National Sports Agency. It was inspired by and embodies the idea of keeping our eyes on the prize.

“We share our ambition of successfully rising to an immense challenge, organising the first Summer Games in France for a century, with all sports stakeholders in France. That challenge drove us to establish the foundations for a stronger, better and more ambitious Team France. That is why we created a unified Olympic and Paralympic Team France in April, 100 days before the Tokyo 2020 Games. And today, 100 days before the Beijing Games, the unveiling of this emblem further underlines the unity of our national team.”

As the Team France delegation for Beijing was presented, Martin Fourcade – French biathlete and five-time Olympic champion – recalled: “In 2012, the Games in Sochi were approaching and the pressure was rising. I booked my tickets for London and went to meet the winning athletes, and came back with a hunger to win. This emblem symbolises that level of determination.”

For Marie Bochet, eight-time Paralympic alpine skiing champion, “wearing this new emblem for Olympic and Paralympic athletes for the first time is a unique opportunity. It will lead us to the summit and to victory, which is what every one of us is striving for.”

This attitude is depicted by the rooster, which has accompanied French athletes since 1920 but is now appearing head-on for the first time – victorious, determined and ready for battle. Its beak forms a V for victory, while its comb takes the form of the Olympic flame, accentuating its fortitude. The traditional Team France colours remain central to this new identity.

Team France athletes will wear clothing featuring this new emblem for the first time at the official ceremonies for the Beijing 2022 Games. Their outfits and the entire Team France collection were presented on the runway by athlete ambassadors for Le Coq Sportif, in a show held where the pieces were created, at the brand’s factory in Romilly-sur-Seine. Le Coq Sportif is an official partner to the Paris 2024 Games and, as of 1 October, equipment supplier to Team France.

With this first clothing collection, “LES RAYONS DE LA VICTOIRE” (rays of victory), Le Coq Sportif wanted to pay tribute to the journey the athletes take to reach their goals.

To create the collection, the brand turned to those best placed to tell the tale of that journey – its athlete ambassadors. Yannick Noah, Clarisse Agbégnénou, Tony Yoka, Axelle Etienne, Yannick Agnel, Lauren Rembi and Frederic Michalak all took part at Romilly-sur-Seine. The collection was shaped by their feelings, memories and ambitions as elite athletes, as well as their own view of the path they must undergo to reach victory.

The asymmetrical blue, white and red rays on the pieces were inspired by a quick sketch by athlete ambassador Clarisse Agbégnénou and they represent the athlete journey, which is never direct or simple. This challenging process has been transformed into luminous rays of victory that resemble beams of sunshine in an illusion to the coloured stripes in the logo for Le Coq Sportif.

These colours also symbolise the French flag, draped across the shoulders of the athletes to declare their pride in victory and their love for their country.

Download the press kit here (in French), which outlines the key information regarding the athletes’ road to Beijing 2022, the new Team France emblem and the collection by Le Coq Sportif. 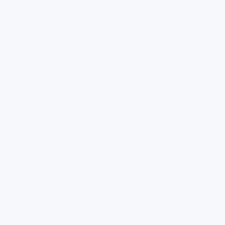 Press Release - 100 days until the Olympic and Paralympic Games Beijing 2022, Team France has unveiled its new emblem – a symbol of determination.pdf