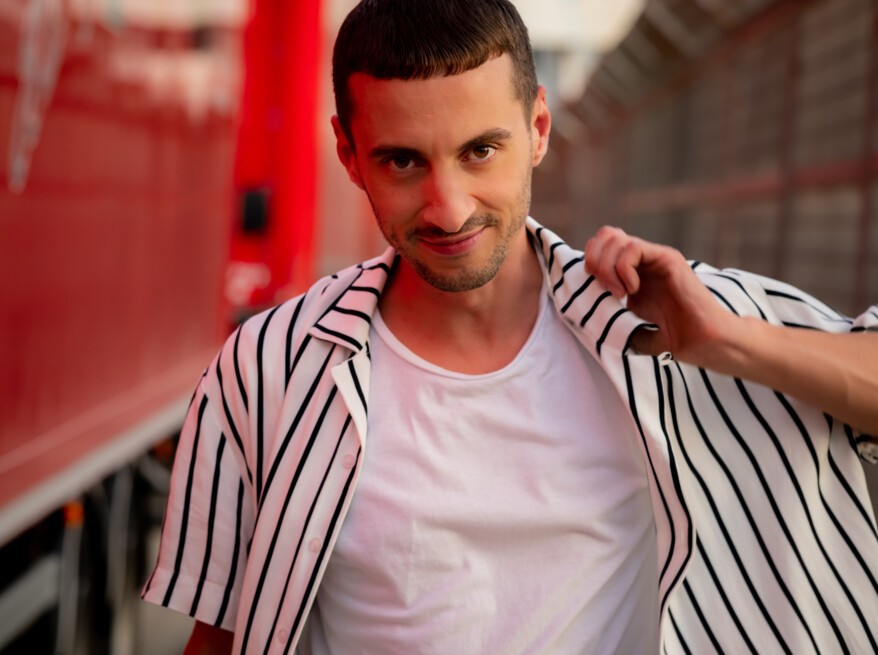 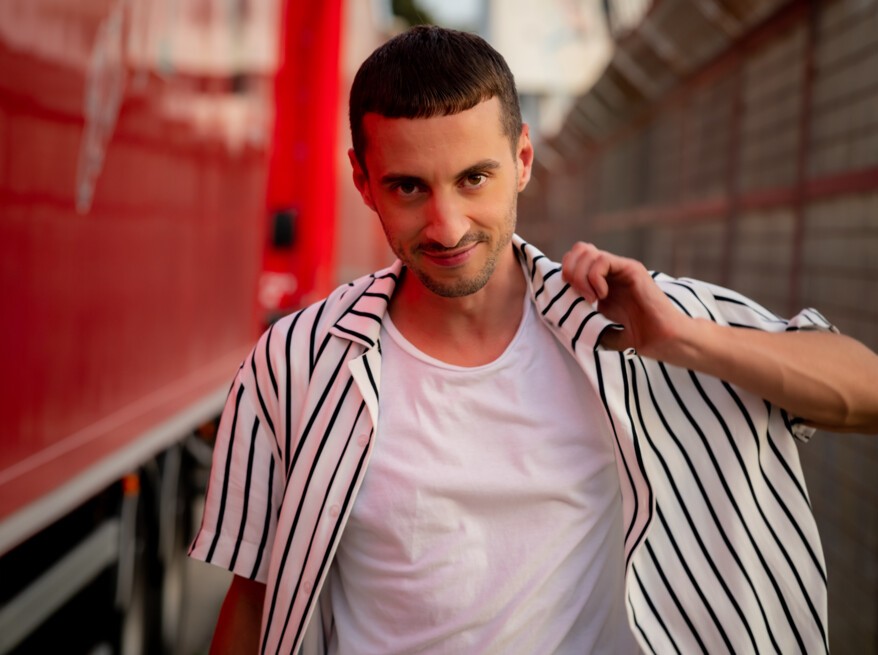 Paris 2024, in collaboration with its stakeholders, has chosen Thomas Jolly as the artistic director of the four opening and closing ceremonies of the Olympic and Paralympic Games Paris 2024.

A bold and clear choice in line with Paris 2024’s vision of offering new and innovative ceremonies accessible to all.

"For Paris 2024, appointing Thomas Jolly as artistic director of the ceremonies is an ambitious choice that is consistent with our vision. With his impressive career, Thomas Jolly is at the forefront of the young, creative and ambitious French artistic scene. His extraordinary shows are proof that he knows how to break norms and take them to the next level. Thomas Jolly will be able to imagine unprecedented artistic concepts for the Paris 2024 ceremonies, whether in the heart of Paris, on the Seine for the Opening Ceremony of the Olympic Games, on the Place de la Concorde, which is being considered for the Opening Ceremony of the Paralympic Games, or at the Stade de France for the two closing ceremonies of these historic Games in France." Tony Estanguet, President of Paris 2024.

In theatre or opera, Thomas Jolly is a specialist in performing arts, where the key requirement is to create a strong bond with the audience. Paris 2024 and its unique ambition to bring the ceremonies to the heart of Paris, will be a testament to his talent. With his sense of scene and rhythm and his ability to mix academic and general public cultures, Thomas Jolly will bring an innovative artistic approach to the ceremonies of Paris 2024 that will appeal to the largest number of people.

“I am very honoured and proud to be appointed Artistic Director of the Paris 2024 Ceremonies. When I heard about the concept of the Opening Ceremony of the Olympic Games on the Seine, I was struck by the incredible ambition that the Organising Committee had set. With the prospect of an extraordinary Opening Ceremony for the first Paralympic Games in France, and the joyful Closing Ceremonies at Stade de France, I am convinced that we can offer the world unique images in 2024. By opening the Games to as many people as possible, Paris 2024 displays values which I fully recognise. The theatre I advocate is also resolutely open because I am convinced that in our time, we need to project ourselves together towards common ideals. As such, the Ceremonies will be a great opportunity to share a collective narrative, to affirm the possibility of a ‘we’ in front of nations around the word.” Thomas Jolly

The creation of a multidisciplinary artistic team

Thomas Jolly represents a theatrical culture guided by a collective spirit. As founder, director and actor in his own performing group, he has demonstrated the ability to lead a team to achieve the exceptional.

In the coming months, Thomas Jolly will be surrounded by a multidisciplinary artistic team that will represent, alongside him, the best of the French and international scene. Together, they will be responsible for bringing to life the ceremonies and the innovative concepts created by Paris 2024.

The artistic project will be presented in 2023.

Thomas Jolly was born in Rouen and trained in Normandy and Brittany, before he began his career as a director in 2007 by creating his own theatre company, La Piccola Familia. Since 2020, he has been director at the Centre Dramatique National d'Angers. His remarkable debut with his first play, Arlequin poli par l'amour de Marivaux, attracted the attention of the public and in 2015 he received the Jean-Jacques Gautier prize, which rewards young French theatre talent. Acclaimed by critics and audiences alike, he received the Molière Award, France’s highest theatre honour, for directing a public theatre production in 2015.

Thomas Jolly stands out for his "monumental" artistic approach and a theatre that appeals to all audiences. Through daring staging, his ambition has always been to make a wide repertoire accessible to as many people as possible. This was demonstrated by his staging of Shakespeare's Henry VI in an 18-hour continuous performance, to which he then added Richard III for a new 24-hour performance.

At 40 years old, Thomas Jolly has become a leading director. Whether he takes on modern or classical work, he does not hesitate to mix formats and explore new artistic forms on the borderline between theatre, rock opera, cinema and series. In November 2022, he will present the remake of the legendary musical Starmania, and in 2023 stage Romeo and Juliet at the Paris Opera.

Anne Hidalgo, Mayor of Paris
“The appointment of Thomas Jolly as artistic director for the ceremonies of the Paris 2024 Olympic and Paralympic Games is excellent news. The Games will be an opportunity for Paris to showcase its beauty, its strength, and its historic role in the fight against climate change and for the preservation of our planet. Thomas Jolly is renowned for his creativity, and I have no doubt his talents will enable Paris to shine around the world. Thomas Jolly has my full confidence. His fearless audacity will make this ceremony an unforgettable moment in the history of the Games. We offer him our congratulations.”

Rima Abdul-Malak, Cultural Minister
“The appointment of Thomas Jolly offers wonderful exposure for the Ministry of Culture, highlighting the cultural ambition of our country. His eclectic background, his international network, his artistic audacity, and his talent to create powerful narratives are all valuable assets for the artistic directions of the Ceremonies at the Paris 2024 Olympic and Paralympic Games. Thomas Jolly also has the enviable ability to portray the emotion and sense of history with audiences, whether they are physically present or in front of a screen, which will make each Ceremony an unforgettable show. “

Amélie Oudéa-Castera, Sports, Olympic and Paralympic Games Minister
“I am confident that Thomas Jolly will make us dream and highlight the artistic and cultural richness of our country on a unique stage, in the heart of Paris…. Faster, Higher, Stronger, Together!”

Brigitte Henriques, President of the French National Olympic and Sports Committee (CNOSF)
"The Opening and Closing Ceremonies, which are so emblematic of the Olympic and Paralympic Games, will set the atmosphere to immerse spectators and viewers throughout the Games period. As a core stakeholder, the French National Olympic and Sports Committee is delighted to have been involved in the appointment of the artistic director of the Paris 2024 Ceremonies. His motivation, talent and commitment as the shows’ creator will ensure that the athletes and delegations from all over the world and France are highlighted. It will also showcase the Olympic values and, in particular our belief that sport improves society.  I am convinced that the Ceremonies will live up to the heights imagined for these innovative Games in Paris in 2024."

Marie-Amélie Le Fur, President of the French Paralympic and Sports Committee (CPSF)
“Thomas Jolly has demonstrated his understanding of the values and character of the Olympic and Paralympic Games. By bringing our history to life, protecting it for the future and showcasing the diversity of our country and its people, I am convinced that he will portray the best of France when the world is looking at Paris.” 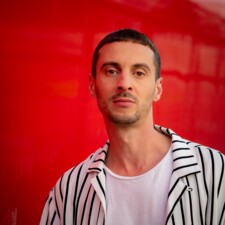 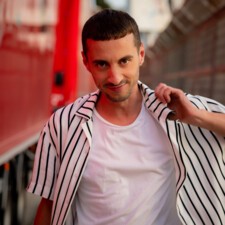 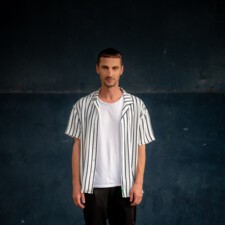 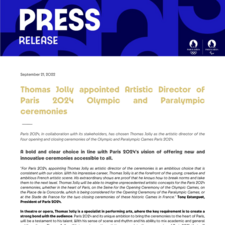