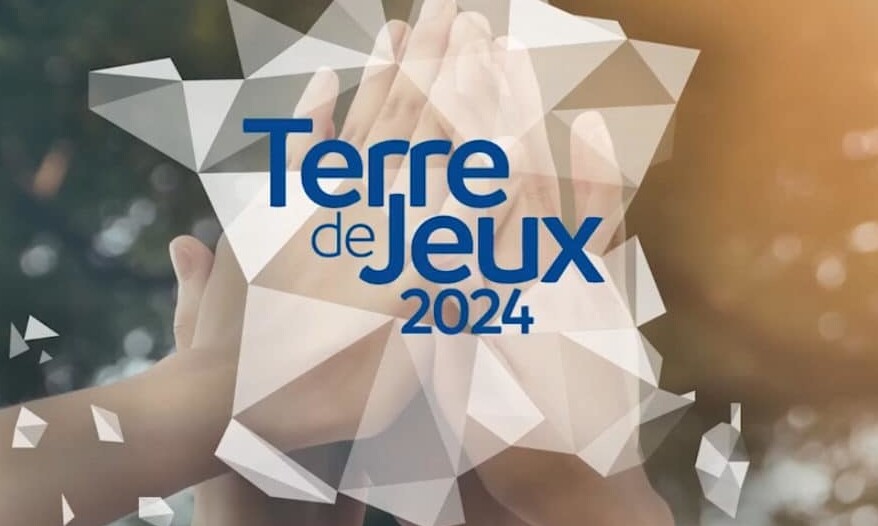 Paris 2024 is set to introduce the “Land of the 2024 Games” certification, with the aim of involving the whole of France in the Olympic and Paralympic project

Tony Estanguet presented the local mobilisation and engagement strategy to the Association of French Mayors, to encourage all French territories to become involved in the Olympic movement over the next six years.

The aim is to make the Paris 2024 Olympic and Paralympic Games a nation-wide project, to enable as many people as possible to take part in Paris 2024 celebrations and events all over France, to make sport an integral part of the daily lives of French people (by encouraging them to take up a sport, by promoting the benefits of sport with regard to education, health and wellbeing, etc.), to change society’s attitude towards disability through sport, and to use the Games’ influence to attract visitors into French towns, cities, departments and regions.

The local authorities will play a vital role in getting French people involved, by promoting and rolling out Paris 2024 events and projects all over mainland France and its overseas territories, and by taking advantage of this unique opportunity to implement or drive forward their own sports-related projects.

This nation-wide support of the Paris 2024 project can be relayed by all local authorities, regardless of their size, resources or their population numbers. The only thing that matters is how they inject the energy of the Games into their local area. The authorities that are awarded the “Terre de Jeux 2024” certification will be able to reap the benefits of their commitment by taking advantage of the window to the world that the Olympic and Paralympic Games represent.

The local authorities that wish to apply for the “Terre de Jeux 2024” certification will be asked to submit their applications in summer 2019. Over the next few months, the sporting movement, representatives from the French local authorities, and all of the Paris 2024 stakeholders will finalise the operational requirements of this certification.

Tony Estanguet, Chairman of Paris 2024: “Paris 2024 represents much more than two fortnights of competition inside various stadiums. We want to create a real national dynamic, centred around sport, that will bring French people together over the next six years. Everybody has a part to play, and I know that I can rely on the commitment of our local authorities, who are constantly telling me they want to become involved with the Games project. With the “Terre de Jeux 2024” certification, we want the power of the Olympic Games, their ability to rally people, bring people together and promote the local area, to benefit all of France’s towns, cities, departments and regions.” 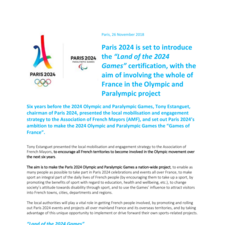