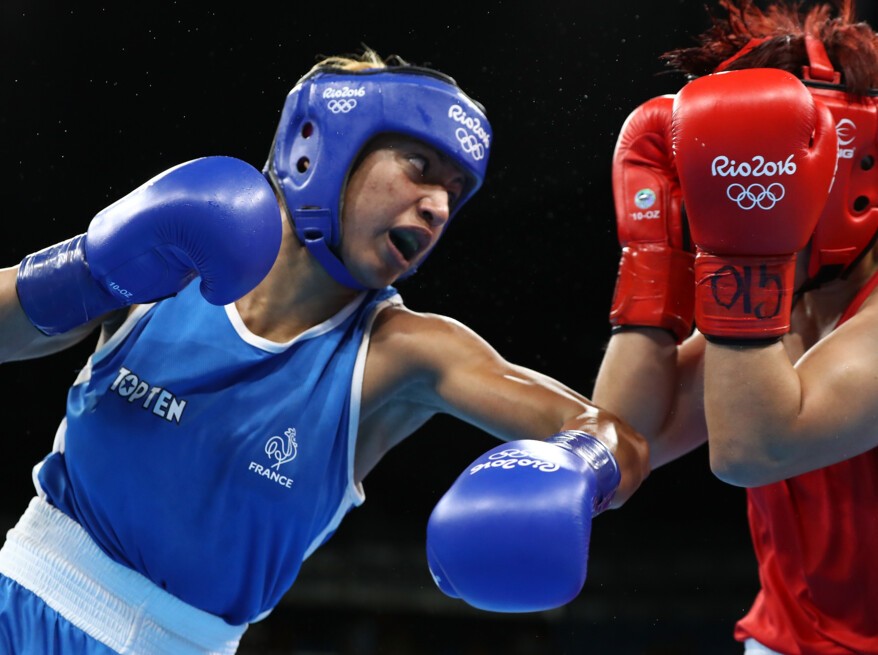 On 23 June, the symbolic date of Olympic Day, Paris 2024 and its stakeholders agreed at the Executive Board meeting on solutions for reorganising the map of competition venues for the Olympic and Paralympic Games Paris 2024. These solutions will ensure optimal competition conditions for the athletes, budget control, and a legacy for the inhabitants and territories, particularly in Seine-Saint-Denis, whose predominant place at the heart of the project is reaffirmed. This new configuration will be submitted to the international federations concerned, the IOC, the IPC and the Paris 2024 Board of Directors, which will meet on 12 July.

For several weeks now, Paris 2024 has been discussing the map of the competition sites with its various partners. The development difficulties identified at the Terrain des Essences site in La Courneuve, highlighted by the in-depth studies carried out at the site, have led the project's stakeholders to move the shooting and Para shooting events. It also became apparent that the Suzanne-Lenglen court at the Roland-Garros Stadium was not suitable for the preliminary phase of the boxing and seated volleyball competitions.

This coordinated working method, together with the criteria that have guided the organisers' choices since the bid - technical feasibility; overall balance of the Games (sporting and territorial); cost control and environmental impact; preservation of the legacy - made it possible to identify solutions and to turn these constraints into an opportunity to strengthen the venue map.

The Terrain des Essences will be proposed as the starting point for the Para marathon and cycling events which will be open to the public scheduled during the Paralympic Games. These two events, which require lighter temporary infrastructures, confirm La Courneuve as the host community. The clean-up and renaturation work on the Terrain des Essences will also continue for the benefit of the area.

It will also be proposed that the preliminary phase of the boxing and modern pentathlon fencing events, as well as the seated volleyball competitions, take place in Seine-Saint-Denis. Studies of the sites are ongoing. Finally, the Para cycling event will run a loop starting and finishing in Clichy-Sous-Bois.

With Clichy-sous-Bois and a new site to come, in addition to those already on the map, the whole of Seine-Saint-Denis will be showcased during the Paris 2024 Games.

Work is also continuing, in conjunction with the relevant stakeholders, to confirm the site for the preliminary basketball events.

With the modification of the venue map, Seine-Saint-Denis will now host:

After having generated plenty of excitement and enthusiasm at the end of 2021 by unveiling the concept of the Olympic Games Opening Ceremony on the Seine, Paris 2024 continues to refine the creative and operational concepts of the four ceremonies of the Games.

The Executive Board has mandated Paris 2024 to present to the Board of Directors on 12 July a resolution concerning a study on a Paralympic Games opening ceremony for the Paralympic Games in the city, on the largest square in Paris, the Concorde, a stone's throw from the legendary Champs-Elysées.

This scenario reflects Paris 2024's strong ambition for the Paralympic Games, and the desire to offer Paralympic athletes a unique showcase and direct contact with their public. It would also allow for the sharing of the facilities used at this venue for the Olympic Games for the BMX freestyle, skateboard, breaking and 3x3 basketball events.

The two closing ceremonies of the Olympic and Paralympic Games would take place at the Stade de France in Seine-Saint-Denis.

An Olympic Day under the banner of Seine-Saint-Denis

With two ceremonies organised at the Stade de France and new events hosted on its territory, Seine-Saint-Denis is more than ever at the heart of the competitions and celebrations of the Games.

The department will host Paris 2024’s flagship event of the 2022 edition of Olympic Day. On Sunday 26 June, a sporting, festive and popular day will be organised around the Stade de France, in a magnificent open-air playground set up for the occasion. On the programme, some thirty Olympic and Paralympic sports to discover and practise; meetings with great champions; artistic and sporting performances, and a showcase of talent from Seine-Saint-Denis (breakdance battle, rap competition, etc.).

The City of Paris will be fully involved in the 2022 edition of Olympic Day by inviting everyone to come to the Stade de France this Sunday, starting from la Villette and then the Canal de Saint-Denis, with their families, on foot or by bike, with sports and fun experiences along the way. 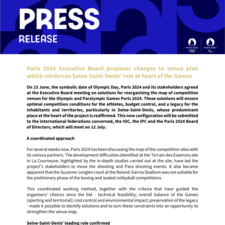 Paris 2024 Executive Board proposes changes to venue plan which reinforces Seine-Saint-Denis’ role at heart of the Games.pdf