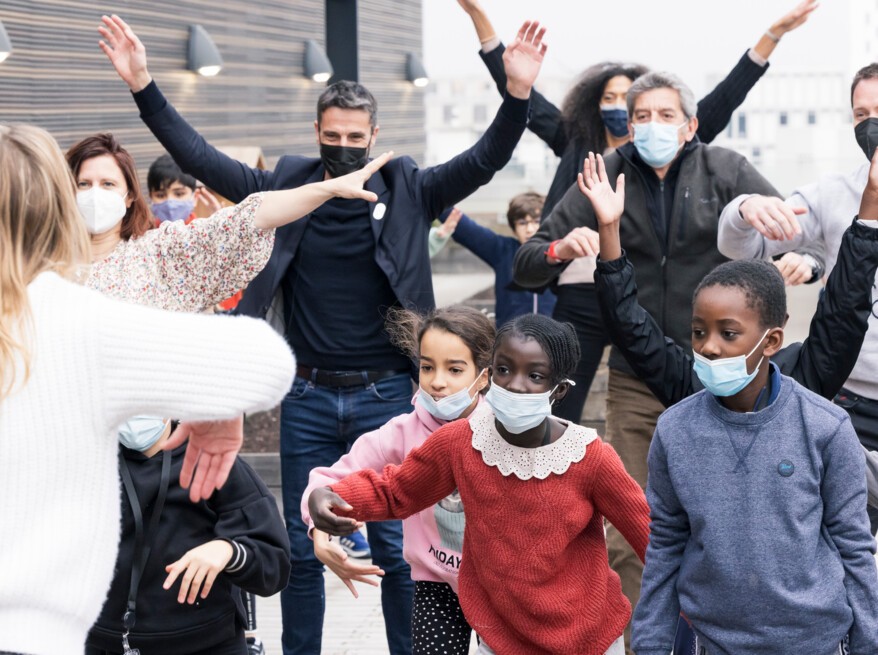 The 2022 Olympic and Paralympic Week got underway today in France and around the world in French overseas schools with approximately 700,000 pupils expected to take part in the Paris 2024 initiative aimed at promoting daily physical activity.

This year’s event which runs from 24-29 January will see young people of all ages from more than 4,700 educational establishments in France and its overseas territories. The Olympic and Paralympic Week launched six years ago and since last year jointly run by the Paris 2024 Organising Committee and the Ministry for National Education, Youth and Sports.

This year will be focusing on the promotion of physical activity. One of the core objectives of Paris 2024 is to combat against sedentary lifestyles, particularly amongst young people in France. One of the key initiatives implemented by Paris 2024 and promoted by the Olympic and Paralympic Week to fight against sedentary lifestyles is the practice of a minimum of 30 minutes of Physical Activities every day at primary school – also called the “Move More” strategy.

This initiative has been put into practice every day, for one year by more than 500,000 pupils at an experimental stage.

For the Olympic and Paralympic Week, the French astronaut Thomas Pesquet, who revealed that he had to exercise 2h30m a day whilst in orbit, has challenged young people to take part in enough exercise to equal two return trips to the moon. The challenge named #mission30minutes will add up the exercise of the 700,000 young people expected to take part in the 2022 Olympic and Paralympic Week with the hope of helping them to develop the taste and values of sport.

Amongst the 4,700 schools taking part in this year’s celebrations are France’s overseas schools around the world, from Beirut and London all the way to Sydney. In 2022, around 46 schools (20 in 2021) in 29 countries on 5 continents with a total of 723 classes involved and 26,500 pupils will be organising 30 min of daily Physical Activities.

This involvement is due to Paris 2024 and the Ministry of Europe and Foreign Affairs work on schools’ mobilisation and to the launch 6 months ago of “Terre de Jeux 2024” for the French embassies - 18 schools “Terre de Jeux” organising the Olympic and Paralympic Week in 2022.

“Terre de Jeux 2024” label aims to highlight France’s expertise and knowhow in staging major sporting events, and helps promote the universal values of sport, Olympism and Paralympism, such as peace, respect, and friendship.

“For two years now, this project has been the most tangible legacy of the Paris 2024 Games. It is source of immense pride for us that the organisation of the Olympic and Paralympic Games in Paris in 2024 has opened up the opportunity to introduce 30 minutes of physical activity in primary schools, which are an addition to existing physical education programmes.

This programme is proof that sport in schools is becoming even more important, particularly in the current health context. Thanks to these teachers, with just under 1000 days to go before the Opening Ceremony of the Olympic Games, the magic of Paris 2024 is already working to make Generation 2024 more active and more athletic. This is a great collective victory!”