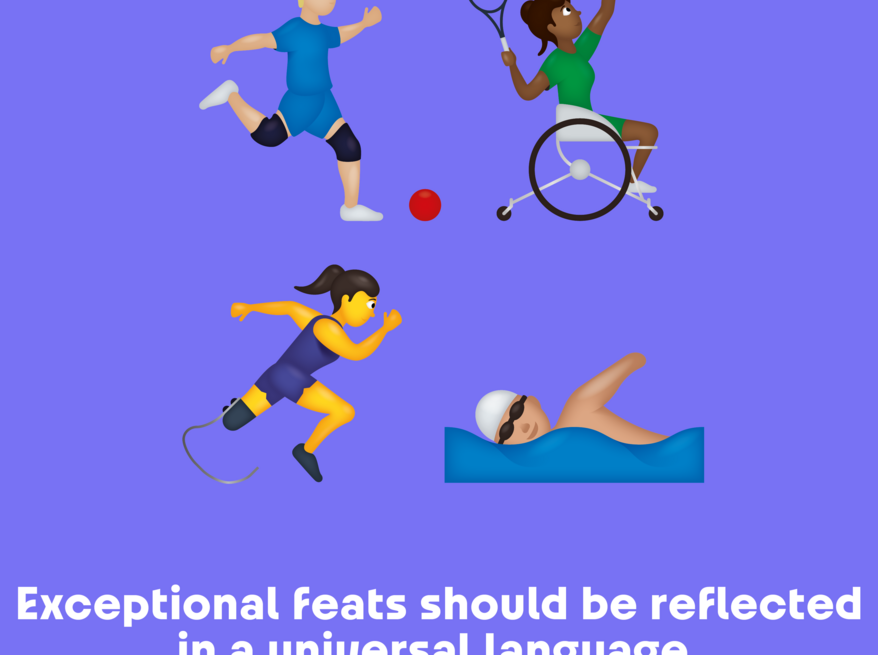 The Paris 2024 Organising Committee, which will organise the next summer Olympic and Paralympic Games, will today submit an official proposal to the Unicode Consortium requesting the addition of four Para sport emojis to this now-universal language.

A proposal for the addition of four Para sports – Blind Football, Para Athletics, Para Swimming and Wheelchair Tennis – will be submitted to the Unicode Consortium today, Tuesday 31st August, the final day for submissions in 2021. It comes midway through the Tokyo 2020 Paralympic Games.

The proposal aims to give Para sport athletes the visibility and recognition they deserve, while raising awareness to drive further change in attitudes towards disability.

Emojis are now an essential part of everyday communication worldwide. In recent years they have become increasingly representative of society, integrating different skin tones and hair colours, as well as people with disabilities. However, there remains a campaign to be fought for the representation of diversity in sport.

Tony Estanguet, President of the Paris 2024 Organising Committee, said: “Paris 2024 is convinced that sport can be a powerful driver of social inclusion, self-acceptance and openness to others. It’s crucial that our incredible champions with disabilities are represented in this universal language.”

The emoji project reflects Paris 2024’s commitment to bring the same level of ambition to the Olympic and Paralympic Games, with the same spectacular venues and, for the first time, a common emblem across both Games.

Paris 2024 is calling on people around the world to get behind the initiative by showing their support on social media with the hashtag #ParaEmojis2024.

Marie-Amélie Le Fur, President of the French National Paralympic Committee (CNPSF) and a Tokyo 2020 silver medallist in Long Jump (T64), said: “I congratulate Paris 2024 on this fantastic initiative. Emojis really are a reflection of society and have become a wholly universal language, used by millions of people worldwide. Hopefully, Para sports will soon have their own digital identity, which is so much more important that we might think.”

Michael Jérémiasz said: “Disability and physical activity are not incompatible. We athletes with disabilities want to do sport like everyone else. Including Para sport emojis will bring rightful recognition to all the men and women who practice sport daily. It’s a great chance to help make differences seem normal. I hope as many people as possible will get behind this campaign.”

Angelica Bernal said: “I would love to have Paralympic emojis! People use emojis to communicate nowadays and I think this initiative Paris 2024 is leading is very important for raising awareness of Paralympic sports, especially wheelchair tennis. It would be a big leap forward and super cool!” 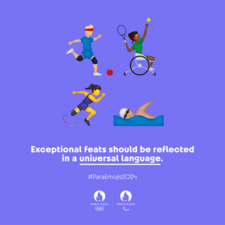 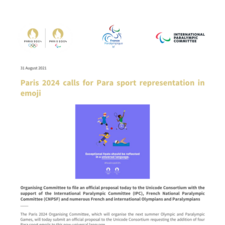