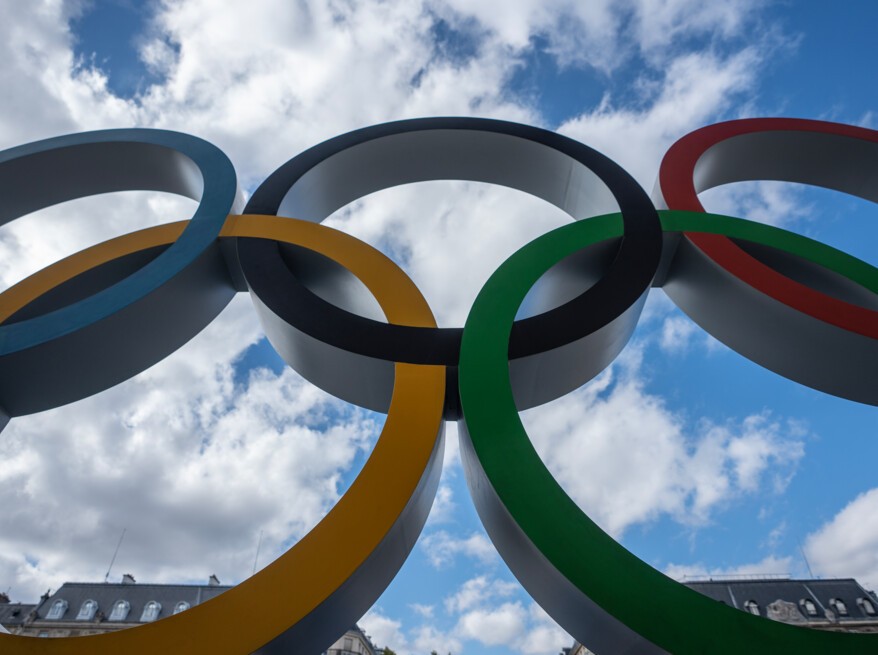 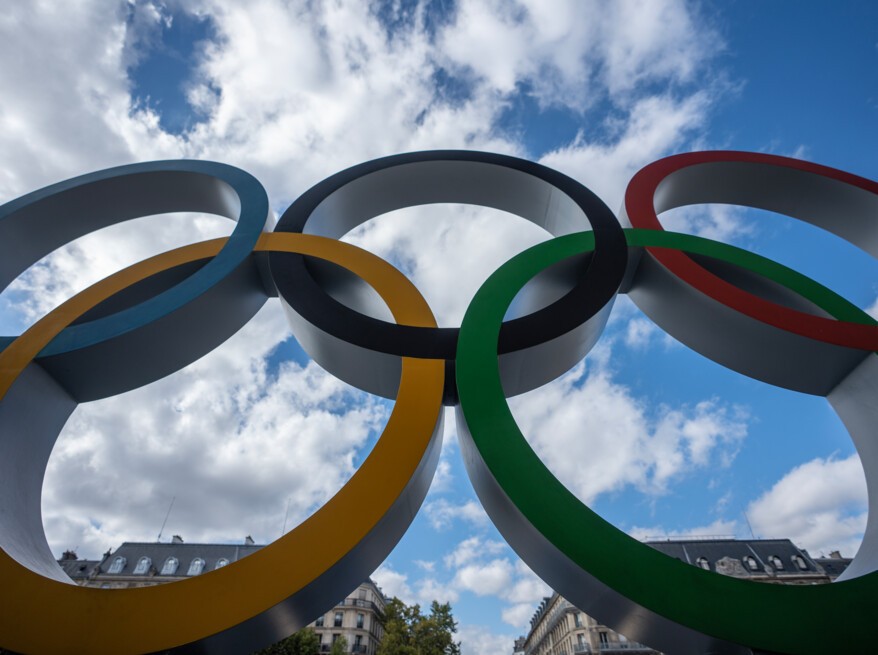 The Paris 2024 Board of Directors, who met today at the Organising Committee’s headquarters, adopted the Organising Committee’s multi-year budget following the third budgetary review. This budgetary review, which is traditionally the most important stage in the forecasting of income and expenditure linked to delivery of the event was carried out, within the context of high inflation.

After a collective effort lasting several months, led in close collaboration with the International Olympic Committee (IOC) and its stakeholders, the Paris 2024 Board of Directors, guided by recommendations of its Audit Committee, adopted a revised multi-year budget of €4.38 billion (an increase of approximately 10%, or 5% net of inflation). The adoption of this budget, which takes into account all identified changes in the cost of delivering the Games, reinforces the project's ambition and preserves the means to cover risks, with a contingency reserve maintained at a protective level of €200 million. This budget enables Paris 2024 to move calmly into the operational delivery phase of the event.

Increased partnership and ticketing revenue, plus more public funding for the Paralympic Games

Estimated ticketing income is also higher than before as a result of the combined effect of the competition schedule and venues being confirmed, as well as the work to optimise venue capacities carried out in close cooperation with the IOC. Paris 2024 has also followed its Audit Committee’s recommendation to generate more income from the most popular sessions without abandoning its accessibility policy (with €24 tickets available in all sports and almost half of tickets costing around €50 or less).

Following the announcement of more high-profile events linked to the Paralympic Games (notably the Opening Ceremony in the Place de la Concorde) at the joint initiative of Paris 2024 and all its stakeholders, public funding of the Paralympic Games has been increased by €71 million to a total of €171 million. The French State (€44,5 million), the Métropole du Grand Paris (€15 million), the City of Paris (€5,6 million) and the Ile-de-France Region (€5,6 million) have stepped up their support for this project to give it unprecedented visibility and ensure it changes French people’s attitudes towards disability forever. In total, public authorities will contribute 4% to the financing of the Olympic and Paralympic Games (96% from private funding).

With the support of the IOC in particular, Paris 2024 has reduced its projected expenditure by identifying numerous ways of cutting costs across all budget lines. This has been achieved firstly by streamlining the specifications of the Games and secondly by taking a series of measures relating to the competition and non-competition venues, temporary infrastructure and the scale of the ceremonies. Examples include reducing the number of days on which the Athletes’ Village, training venues and competition venues will be operational, and cutting unnecessary energy use at the competition venues.

Finally, the French State (€25 million) and the Métropole du Grand Paris (€15 million) will provide financial support for certain investments in the French public interest that will contribute directly to the legacy of the Paris 2024 Games. These include the purchase of sports equipment, financing of anti-doping equipment at the Université Paris-Saclay laboratory and various development projects that will have post-Games benefits.

The revised Paris 2024 multi-annual budget takes into account all the key issues and risks identified by the Organising Committee as the operational phase of Games delivery draws near. For example, the security budget, which had already been increased by 50% in the previous budgetary review, has been allocated an additional €25 million, while the cybersecurity budget has also seen a €10 million increase to take into account the relevant risks.

Finally, in order to address operational risks during the final 18 months of delivery, Paris 2024 has decided to maintain its contingency provision of €200 million.

The Paris 2024 Board of Directors also approved a proposal to locate the Main Press Centre for the Paralympic Games in the Olympic Aquatics Centre (OAC) in Saint-Denis. This decision is subject to ratification by the governing bodies of the International Paralympic Committee (IPC) in January.

The Main Press Centre for the Olympic Games will be located at the Palais des Congrès at Porte Maillot.

Set up in January 2018, Paris 2024 is headed by Tony Estanguet, three-time Olympic champion. It is run by a Board of Directors, on which sit all the founding members of the project: the CNOSF, Ville de Paris, the French Government, the Île-de-France regional authority, the CPSF, the Métropole du Grand Paris, the Conseil départemental de Seine Saint-Denis, representatives of the local authorities involved in the Games, civil society and corporate partners. 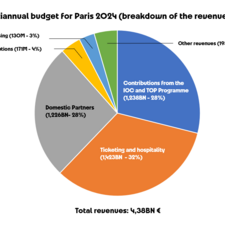 Multiannual budget for Paris 2024 (breakdown of the revenues).png 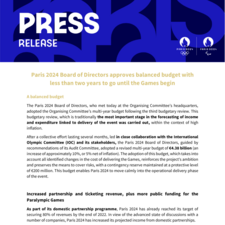