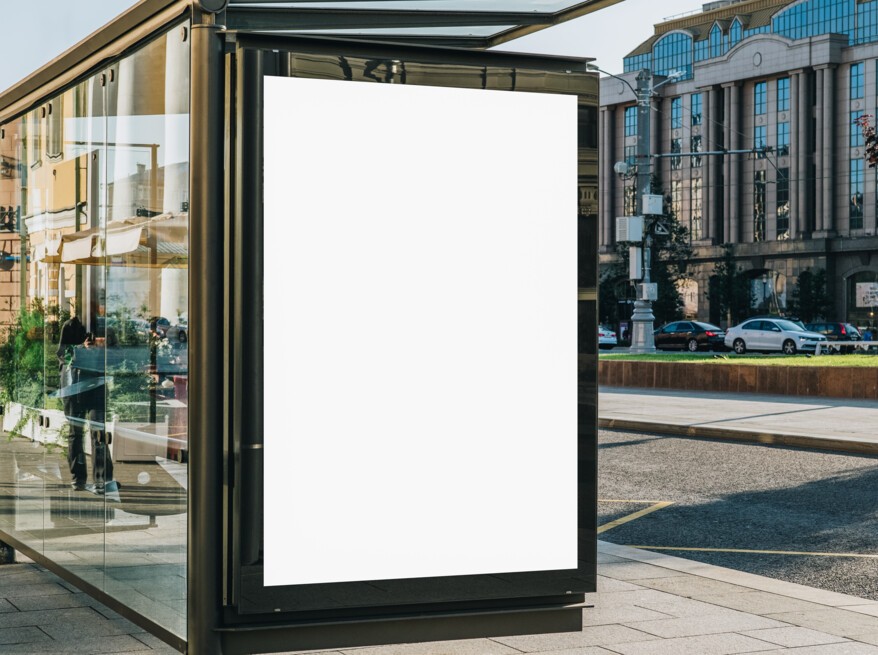 On Wednesday 8 June, representatives of Paris 2024 and Île-de-France Mobilités were present at the Salon européen de la mobilité (European Mobility Expo) to officially unveil their collaboration for the transport of the Olympic and Paralympic Games Paris 2024.

For spectators, Île-de-France Mobilités and its operators will implement the transport plan for all modes of transport (metro, train, RER, tram and bus), and thus meet Paris 2024's ambition that 100% of spectators should be able to get to the competition venues by public transport or active modes. Île-de-France Mobilités is therefore committed to adapting the public transport offer and ensuring that the millions of spectators can reach the competition sites, in accordance with the commitments made by the Paris 2024 Games Bid Committee.

In furtherance of this commitment, Île-de-France Mobilités will be working side by side with the Paris 2024 Organising Committee to arrange transport for accredited personnel during the Games.

The exceptional scale of the transport operations during the Games (200,000 accredited people, 1,400 buses) and the unique expertise of Île-de-France Mobilités make the organising authority for sustainable mobility in Île-de-France a key player in the organisation of transport to meet the very specific needs of Paris 2024 and an essential player in the coordination of the various transport services required to make the Games a success.

Over the next two years, Île-de-France Mobilités will support Paris 2024 in implementing the transport plan for accredited persons: assessing access conditions and minimising the impact on the regular network, identifying the vehicles (buses, coaches) that can be mobilised and the operational bus centres for the Games, and contracting services with the operators.

Île-de-France Mobilités will also contribute to the setting up of the operational control centre for public transport services. This collaboration will strengthen the coordination of communication with public transport users during the Games.

This joint work is also part of the transport plan approved by the IOC, in conjunction with the contribution of Toyota, the global mobility partner of the Paris 2024 Games, which will play a substantial role in the success of the event. 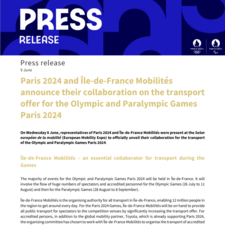 Paris 2024 and Île-de-France Mobilités announce their collaboration on the transport offer for the Olympic and Paralympic Games Paris 2024.pdf