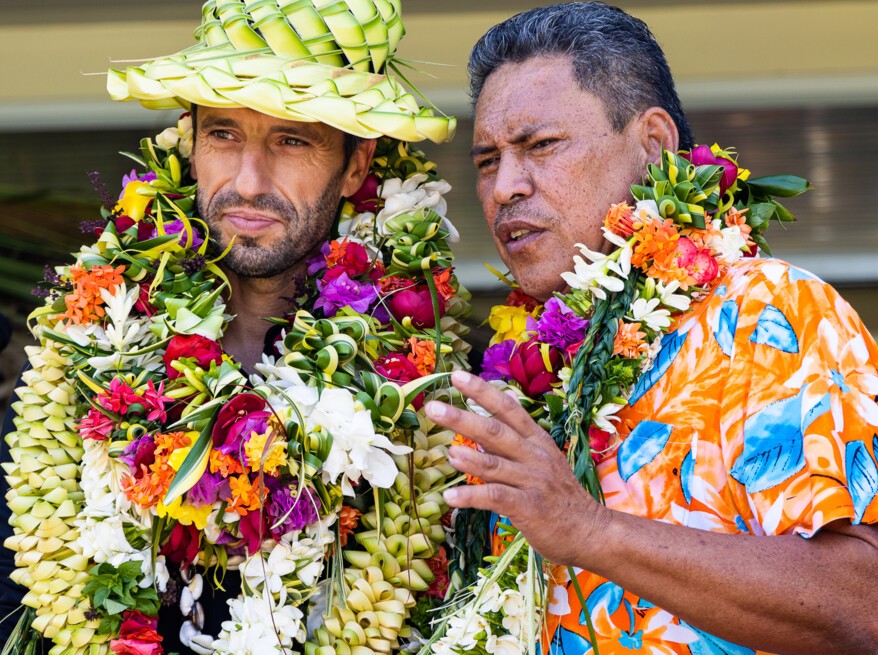 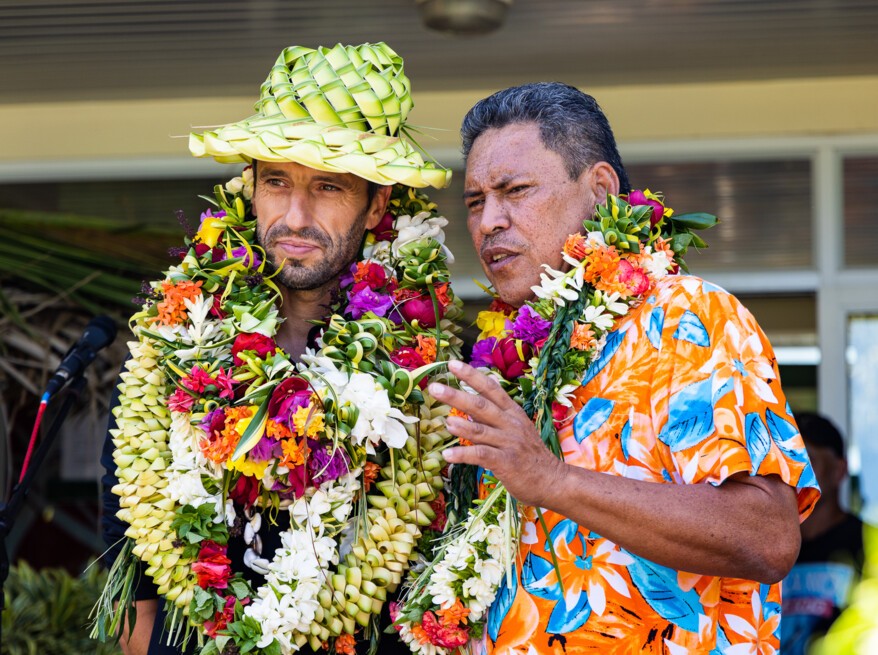 Paris 2024 President Tony Estanguet’s first visit to the Teahupo’o site (French Polynesia), since Tahiti was designated as the host surfing venue for the Paris 2024 Olympic Games, ended today with an observation of the Tahiti Pro Competition. The visit was an opportunity for the President of Paris 2024 to meet with those involved in the organisation of the surfing events of the Games, and to review the provisions needed for the smooth running of the competition. It also represented an acceleration of the collaboration process between the Polynesian government, the Haut-Commissariat (French State) and Paris 2024, through the signing of protocols and agreements (framework convention and State protocol) which define the missions and responsibilities of each party.

The long-awaited visit of Tony Estanguet, to Tahiti (French Polynesia) ended today after a six-day visit. The President leaves Tahiti with the confidence that all the requirements will be met to stage a breath-taking and unforgettable Olympic surfing competition in the summer of 2024. The beauty of the Teahupo'o site, its exclusivity, and the warm welcome that the Polynesian population will give to visitors to the archipelago in 2024 will contribute to strengthening the magic of the Games.

The numerous meetings held during the six-day visit helped to clarify the preparation needed for the competition, and the expectations of the local representatives as well as the residents in terms of legacy. The legacy will not only be limited to a physical legacy, as Tony Estanguet has made clear. Tahiti and the islands of the archipelagos must also take advantage of the engagement programmes offered by Paris 2024 and adapted to Tahiti (Terre de Jeux 2024; Génération 2024; Volontaires; Club).

This visit also enabled Tony Estanguet and Paris 2024 Sports Director, Jean-Philippe Gatien, to observe the Teahupo'o site (including the wave and the competition site and all the facilities: athletes' areas, the judging tower, venue accessibility, the TV broadcasting areas) in a competition format, during the "Tahiti Pro" – an event on the World Surf League (WSL) world circuit that brings together the best surfers in the world (24 men and 12 women).

“This visit is extremely positive," said Tony Estanguet, President of Paris 2024. “I would like to thank the government of French Polynesia, the local elected officials, the Haut-Commissariat (French State), all the municipalities concerned, the sports movement and all those who are mobilised on a daily basis to ensure that this project progresses well. The organisation of the Olympic and Paralympic Games is a collective effort, and I wish to extend my appreciation for the cooperation. Throughout our stay, we were able to feel the enthusiasm and the growing interest of the population and the territories. We were blown away by the energy and strong desire to be part of the Games' adventure. You can feel the pride, and desire to share their unique culture. It was very inspiring for us.”

« I would like to reaffirm the desire of our government to work alongside the State, Paris 2024, the municipalities and our "sports and youth" associations, so that this major event, the Olympic Games, remains in the memory of the Polynesians and that they can benefit from the legacy of the Olympic values that these Games will leave. »

Beyond the infrastructure, the Paris 2024 Games must be an opportunity for French Polynesia and its inhabitants

This trip was an opportunity for the Paris 2024 delegation to present the various measures offered by the Games, to enable the territory and its inhabitants to fully take advantage of them. This should further strengthen French Polynesia's commitment and its participation in the event over the next two years.

Paris 2024 is a legacy opportunity for French Polynesia both in terms of physical legacy, but also legacy in terms of expertise and experience. In addition, Paris 2024 will promote the place of sport and sport participation in Polynesia.

Meeting the athletes and everyone involved in the competition

Tony Estanguet and the Paris 2024 Sports Director, Jean-Philippe Gatien, had long discussions with the French surfers present (Michel Bourez, Kauli Vaast, Johanne Defay, Vahine Fierro, Justine Dupont), but also with international athletes, such as Stephanie Gilmore, Owen Wright - the last winner of the men's event - and Italo Ferreira. Meetings with the Tahitian, French and international surfing federations, the WSL, OBS (the Games' broadcaster), as well as with local authorities, elected officials and residents, helped to better understand the specifics of the site.

The sporting criteria above all

“When we chose Tahiti, it was above all for sporting criteria," said Jean-Philippe Gatien. "We gave priority to the competition conditions, offering athletes one of the most beautiful, exclusive and spectacular places to surf in the world, which guarantees the highest level of performance. At this time of the year, Tahiti offers the best experience to the athletes and maximises the opportunity to benefit from optimal conditions for surfing.”

“Tahiti is also the cradle of surfing, with breathtaking landscapes,” continued Tony Estanguet. “We want Tahiti, its culture and the image of France to shine throughout the world. It is a choice in line with Paris 2024's ambition to organise Games that are both spectacular and sustainable, that engage all the territories and enhance the diversity and wealth of France's heritage."

Teahupo'o's environment made a priority

As Paris 2024 always said, the Games will adapt to the venue and not the other way around. Tahiti and Teahupo'o offer a "tailor-made" concept, which makes this site a concrete example of collective commitment to responsible Games. A concept that respects the environment, because it is considerate and adapts to the site.

The Tahiti concept also promotes and preserves the exceptional environment of the island: - With very limited impact on the coastal zone: waves off the coast and a temporary infrastructure; - With the ambition to work with locals, relying on their expertise and knowledge of the site.

The opportunity to showcase Polynesian culture to the world

The Olympic and Paralympic Games are the most followed sports event in the world. "The Teahupo'o site, and more broadly Tahiti and all the archipelagos, will benefit from exceptional visibility, allowing Polynesian culture and traditions to be highlighted," said Tony Estanguet.

The live venues (Papeete; Papara) will also allow spectators to enjoy the show while enjoying the Polynesian culture, the Olympic spirit and the values of Paris 2024. 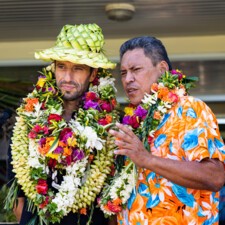 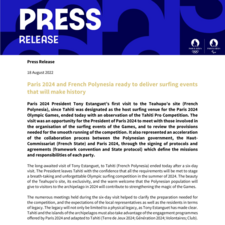