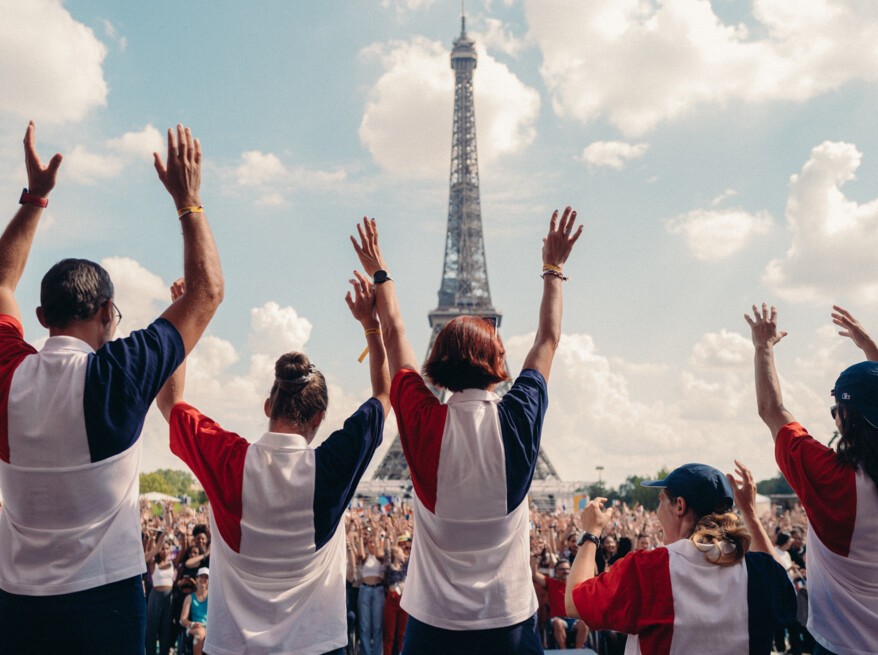 On 28 August, Paris 2024 celebrates 2 years to go to the Paralympic Games, and announces a rendezvous with athletes in the autumn 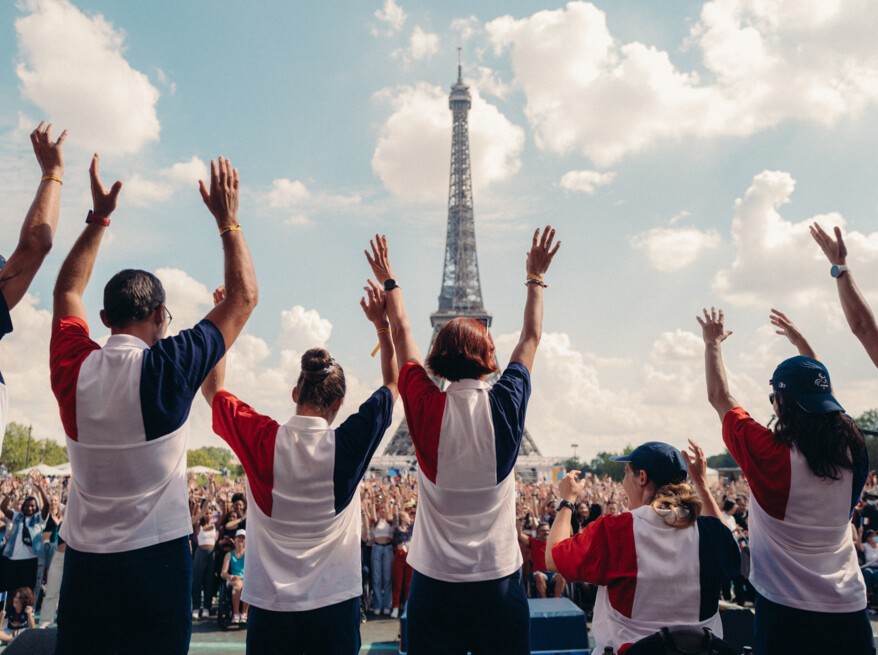 On October 8, Paralympic athletes will take over Paris!

Paralympic athletes will take over Paris, as they will two years down the road: an invitation to meet the athletes, discover Paralympic sports, and enjoy a wide range of cultural and sporting events; to open up the Paralympic Games and give them a global stage.

8 October will be Paralympic Day in Paris

Free, open to the public, and led by French and international athletes, the programme will include a day of athletic competition and an introduction to Paralympic sports. The day also aims to encourage people to choose a sport that suits them and to join a club, in line with the initiatives taken by Paris 2024 and its stakeholders with plans to develop sport for people with disabilities.

A day of celebration, dedicated to openness, encounters and discovery, and featuring numerous cultural and artistic events.

A day of sporting feats, with the performances of Paralympic athletes highlighted and world records broken in front of the public.

The Paralympic Games are already one of the biggest sporting events in the world, which attracts millions of spectators and hundreds of millions of television viewers worldwide Paris 2024 has made a strong commitment to enable the Games to reach a new dimension in terms of enthusiasm and global appeal.

A reflection of this is through the slogan shared by both the Paris 2024 Olympic and Paralympic Games, for the first time in history, as revealed on 26 July: Games wide open.

With all its stakeholders, and the French Paralympic and Sports Committee (CPSF), Paris 2024 is also committed to amplifying the transformative drive of the Paralympic Games to make society more inclusive. One of the priorities of Paris 2024 is to improve access to sport for people with disabilities: particularly by supporting the development of a network of para-friendly clubs launched by the Ministry of Sport and the Olympic and Paralympic Games and the City of Paris, with the CPSF - an initiative that will be extended to the whole of France, following the announcements of the President of the Republic; or via the Paris 2024 Endowment Fund (27 million euros - 620 projects supported - 2 million beneficiaries), by co-financing, alongside local authorities, inclusive projects around sport, which are primarily targeted at vulnerable groups, including people with disabilities.

Along with this, Paris 2024 also seeks to make progress on universal accessibility, in conjunction with all its stakeholders, by organising Olympic and Paralympic Games that are accessible to all, and by leaving a legacy in the host territories - with SOLIDEO and the local authorities concerned - through the construction of new accessible facilities and the upgrading of existing facilities (Pierre de Coubertin Stadium, swimming pools; Arena Porte de la Chapelle; PRISME etc.)

Paris 2024 makes a promise to open the Paralympic adventure. Join the movement!!

The Olympic and Paralympic Games are the greatest sporting event in the world, with unparalleled media impact. They bring together 10,500 Olympic athletes and 4,350 Paralympic athletes, respectively from 206 and 182 delegations, across five continents. They are watched by over 13 million spectators and billions of television viewers across the world, across a total of over 100,000 hours of TV broadcasting. They are without equal in sporting, economic and cultural events throughout the world, and this power helps to further their impact. 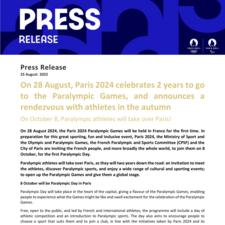