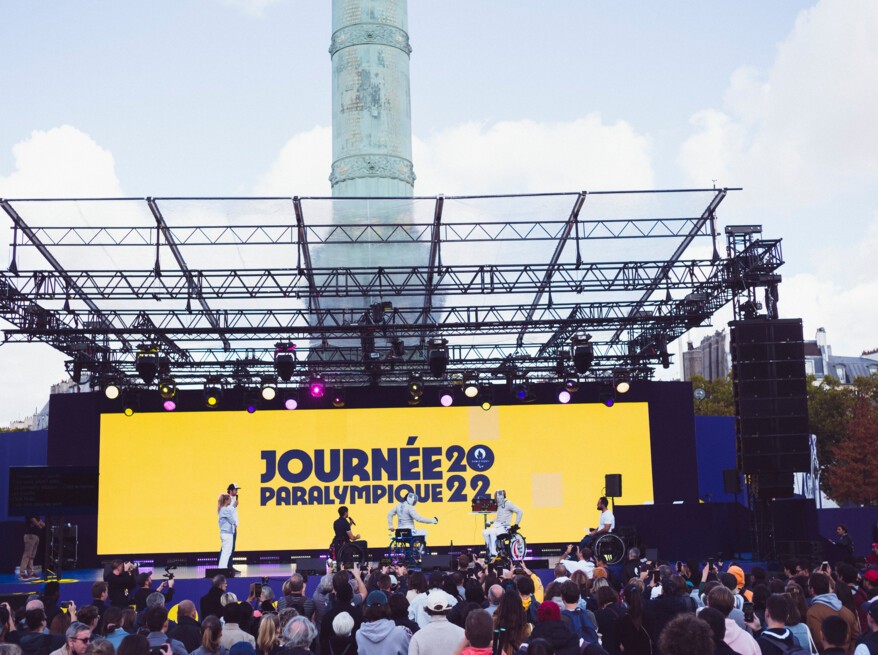 In a sporting and festive atmosphere, the Place de la Bastille was transformed into a vast open-air playground for Paralympic Day. Throughout the afternoon, the three sports fields set up for the occasion hosted high-level sports demonstrations.

Markus Rehm, three-time Paralympic champion in the long jump (T64) at London 2012, Rio 2016 and Tokyo 2020, amazed the spectators with a jump of 8,04m. He was joined by Greece’s Stélios Malakopoulos, world record holder in the long jump (T62) with 7,04m and Arnaud Assoumani, world record holder in (T46/T47) with 7,58m, multi-medallist in long jump and triple jump at the Paralympic Games of Athens, Beijing, London and Rio.

Maxine Eouzan, former acrobatic gymnastics champion and Michaël Jérémiasz, Paralympic wheelchair tennis champion and gold medallist in doubles at the Beijing 2008 Paralympic Games, provided the entertained on the main stage, located around the July column in the centre of the Place de la Bastille. They were joined by athletes who took turns to demonstrate Para sports.  Artus performed comedy sketches and Fauve Hautot and Sami El Gueddari performed dance routines. Bboy Haiper, aka Youssef Mecheri, and Bboy Caesar, aka Samy Barkia, dazzled the crowd with a sensational breakdance show as did acrobat Karim Randé.

The accessibility of the event has been thought out down to the last detail to allow as many people as possible to enjoy the day to the full: the translation of speeches into sign language, the reception of people with special needs for orientation to the different areas and the provision of wheelchairs.

Tony Estanguet, President of Paris 2024: “It was a pleasure to bring the public together today in Paris for the first Paralympic Day. The Paralympic athletes have impressed us with their performances. In the build up to 2024, we will continue to put these amazing athletes in the spotlight to build passion for Para sports in the hearts of the French people. This day reinforces my conviction that there will be a before and after 2024 for Para sport and wider disability issues in France. A whole generation will be impacted by the Paralympic Games."

Andrew Parsons, President of the International Paralympic Committee: “It was a fantastic experience to be part of the first Paralympic Day in the heart of the French capital. With more than 150 Para athletes in attendance showcasing their sporting skills and some tremendous activations by the partners, Paralympic Day showed to the public that the Paris 2024 Paralympics will be Games Wide Open.”

Marie-Amélie Lefur, President of the French Paralympic and Sports Committee: "We are at a turning point in our history!  Such commitment from so many stakeholders around an event solely dedicated to the Paralympics is a first.            Our movement is now being watched, enjoyed and supported, and this is a strong message two years before the Paralympic Games! This day was an opportunity to make a step further in telling the story of our athletes, raising awareness and engaging with the French people through athletes' performances. I am convinced that Paralympic Day will not just be a temporary event but will find its place in the calendar of major events.”

Anne Hidalgo, Mayor of Paris:  "Paralympic Day was an opportunity for Parisians to meet the Paralympic champions. They were able to learn about Para sports and adapted sports in a festive atmosphere, thanks to the activities of the sports movement and the Parisian para-sports clubs. This day marks a key moment in the countdown to the Paris 2024 Games, which will give concrete expression to the commitments of a city that has been completely transformed: more beautiful, more pleasant and more accessible.”

Amélie Oudéa-Castéra, Minister for Sport and the Olympic and Paralympic Games:  "The Place de la Bastille was once again the scene of a revolutionary event. Perfectly in tune with the achievements of our Paralympic athletes, we are encouraging all of our fellow citizens to add more sport to their lives, especially the 48% of people with disabilities who do not yet have access to it. The Paralympic Games, hosted by France for the first time in its history, will also be a unique opportunity to change the way people look at disability. We look forward to 2024".

Jean-Christophe Combe, Minister for Solidarity, Autonomy and Persons with Disabilities:  "In the heart of Paris on Saturday, we celebrated, met and sometimes discovered Para sports and Paralympic athletes. It was a great success! More than ever, we are all behind our athletes for the organisation of these Games, which will be a great opportunity to promote sport for all and with all! In two years, the eyes of the whole world will be focused on France, and I know that I can count on our Olympic and Paralympic athletes to be the ambassadors of the values of inclusion and tolerance which we are all committed to today!”

Clément Beaune, Deputy Minister for Transport: “Hosting the first Paralympic Day in the heart of Paris and our history, on the Place de la Bastille, is a strong symbol and commitment: that of federative and accessible Olympic and Paralympic Games. We will be committed to this every day until the summer of 2024 and to the legacy of these Games.”

Geneviève Darieussecq, Minister Delegate for the Disabled, attached to the Minister for Solidarity, Autonomy and the Disabled: "What better way to kick off the Paralympic Games than with this great celebration in the heart of Paris? The athletes are more motivated than ever! We will be by their side to allow them to shine and to offer the Paralympics all the light it deserves.”

Valérie Pécresse, President of the Ile-de-France Region: "This first Paralympic Day once again demonstrated our ambition to change the way people look at disability and to change attitudes by allowing people to meet our wonderful athletes with their exceptional and inspiring stories, performances and backgrounds during this sporting and festive occasion.  Hosting the Paralympic Games for the first time in Île-de-France is a source of immense pride and a collective commitment to leaving a strong and lasting legacy for people with disabilities. It is in this perspective that the Region is doing everything possible on a daily basis to provide access to sport and to develop sport for all while offering support to its Paralympic athletes in their preparation. Because successful Games are successful Paralympic Games.” 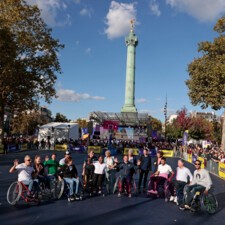 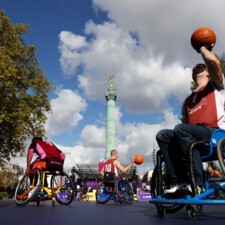 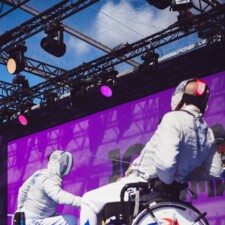 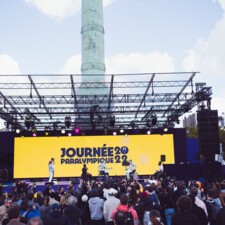 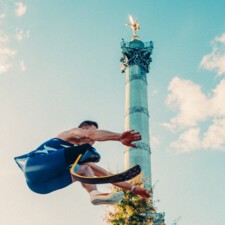 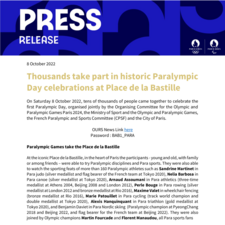