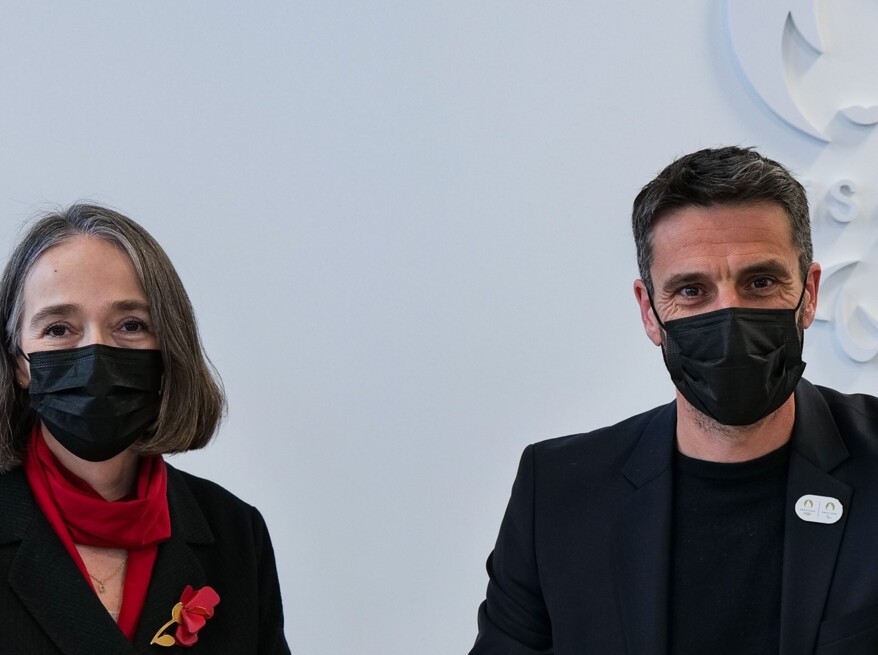 The national public broadcaster shares Paris 2024's ambition to make the Paralympic Games an unforgettable celebration of sport and is delighted to offer unprecedented coverage for the event, which will enable unparalleled media coverage of Paralympic sports and athletes.

To ensure maximum coverage of the event, Paris 2024 set ambitious criteria for selecting the national broadcaster for the Paralympic Games.

France Télévisions responded by agreeing to capture and broadcast all of the sports (a first in the history of the Paralympic Games), providing free access to 300 hours of live coverage and exceptional 24-hour exposure on broadcaster’s two premium channels, France 2 and France 3.

Through this agreement, Paris 2024 and France Télévisions wish to highlight the performances and achievements of Paralympic athletes and contribute, through sport, to changing the way society looks at disability. France Télévisions will also bring Para sports to life over the next two and a half years by following and promoting the careers of French champion para athletes in two of their magazines Tout Le Sport and Stade 2, as well as on its digital platforms.

"In 2024, our country will host the Summer Paralympic Games for the first time in its history. Paris 2024's ambition is to make this event an unforgettable celebration of sport, worthy of the determination and achievements of Paralympic athletes. As the official broadcaster of the Paris 2024 Paralympic Games in France, France Télévisions will take the media coverage and popular excitement around the event to a new level. With France Télévisions, we share the same desire to showcase Paralympic athletes and in particular the young generation who will help France win in Paris 2024, to make the French public aware of their performances and their unique backgrounds, and to seize this historic opportunity to bring about a lasting change in the way society views disability."

The Olympic and Paralympic Games are the leading sports event in the world and have a unique media impact, bringing together some 10,500 Olympic and 4,350 Paralympic athletes respectively representing 206 and 182 delegations from five continents. The Games are followed by over 13 million spectators and 4 billion viewers around the world through more than 100,000 hours of TV coverage, and their impact as a global event of great sporting, economic and cultural importance is unparalleled.

Founded in January 2018, Paris 2024 is headed by Tony Estanguet, a three-time Olympic champion and IOC member. It is administered by an Executive Board (EB) that brings together all the project’s founding members: CNOSF, the City of Paris, the state, the Île-de-France Region, CPSF, the Greater Paris Metropolitan Area, the Seine-Saint-Denis Departmental Council and representatives of the local authorities involved in the Games. 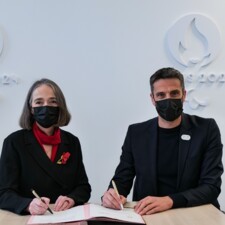 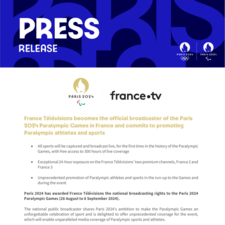