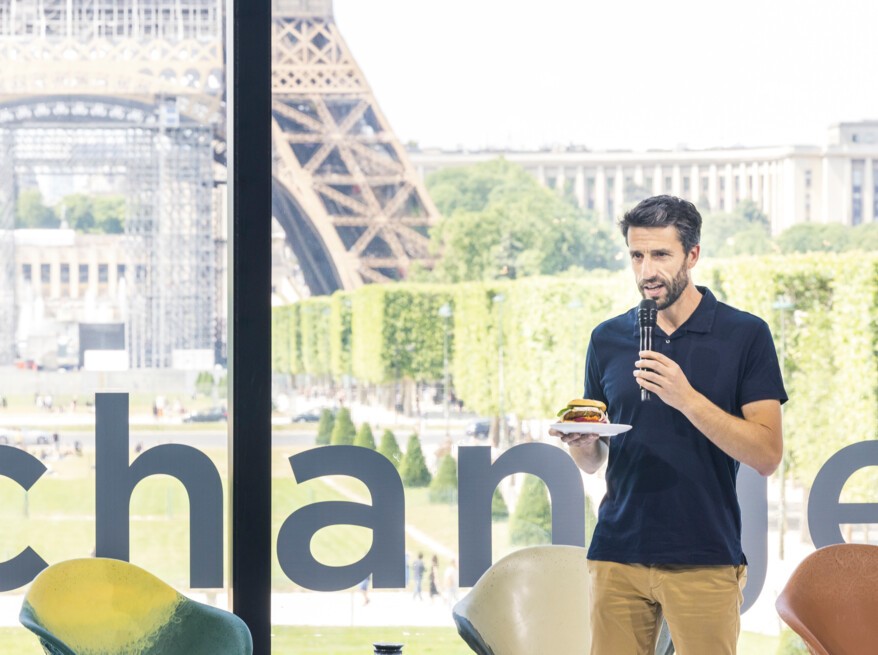 At the Change Now Summit, Paris 2024 presents its catering strategy for the Games: combining French expertise and sustainable food

At the Change Now Summit 2022, Paris 2024 President Tony Estanguet presented the Organising Committee’s catering strategy for the Games. The ambition is at the height of the challenge with 13 million meals served during the Olympic and Paralympic Games and strong commitments that will guide their preparation. The Paris 2024 Organising Committee has worked with relevant stakeholders (from the agricultural and catering sectors, NGOs, experts, nutritionists, partners - Sodexo Live !, Coca-Cola - , athletes, chefs, etc.) to enhance French expertise and promote social and environmental practices that are more sustainable during the Games.

French and sustainable cuisine in the spotlight during the Games

Paris 2024 has made six commitments to support the transformation of the restaurant model and to highlight French cuisine:

In total, these two targets will halve the average carbon footprint of a meal during the Games.

During the Games, 13 million meals and snacks will be served to many different audiences: spectators, organising teams and volunteers, athletes and their support staff, media, hospitality and the Olympic and Paralympic family. They do not have the same culture or the same needs, but they all share the same desire to eat well in France, a country renowned for its gastronomy.

In order to provide an offering tailored to each individual, these commitments will guide catering during the Games, from snacking, to meals in the Athletes' Village, to refreshment bars at the competition venues.

The Games will be played out in the four corners of France and Paris 2024 also wishes to highlight the expertise of each host region. Everyone will be able to discover the products and specialities of the varying French regions at competition venues. The temporary competition venues will act as test labs for new, innovative products and trialling large-scale solutions such as alternatives to single-use plastic.

A collaborative effort with all the stakeholders from the restaurant industry

The Paris 2024 Organising Committee teams have developed a unique working method by bringing hundreds of French gastronomy stakeholders to the table. 40 individual interviews and dozens of collective workshops were organised over a period of more than a year to define the expectations regarding food and catering to be promoted during the Games, as well as to accelerate the environmental and social transformation of the restaurant industry.

120 organisations representing all sectors (agriculture, catering, etc.), NGOs , nutritionists, stakeholders and Paris 2024 partners - first and foremost Coca-Cola and Sodexo Live! - sat around the table to take advantage of the Paris Games to re-define the catering of the future. 200 athletes were also consulted (80% of whom were international) to discover their needs, particularly as food goes hand in hand with performance.

This ambition and its implementation at the dining table has involved distinguished chefs such as Thierry Marx, who is also a member of the Committee for the Ecological Transformation of the Games, or Amandine Chaignot and Alexandre Mazzia, of Sodexo Live! for the Athletes' Village, who will accompany the Committee in defining the offer and promote French culinary expertise.

All Paris 2024 communications as well as the media library: 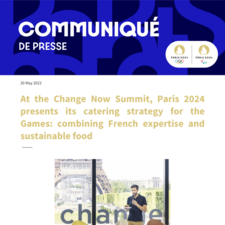 Paris 2024 presents its catering strategy for the Games at Change Now Summit.pdf 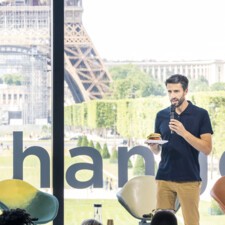