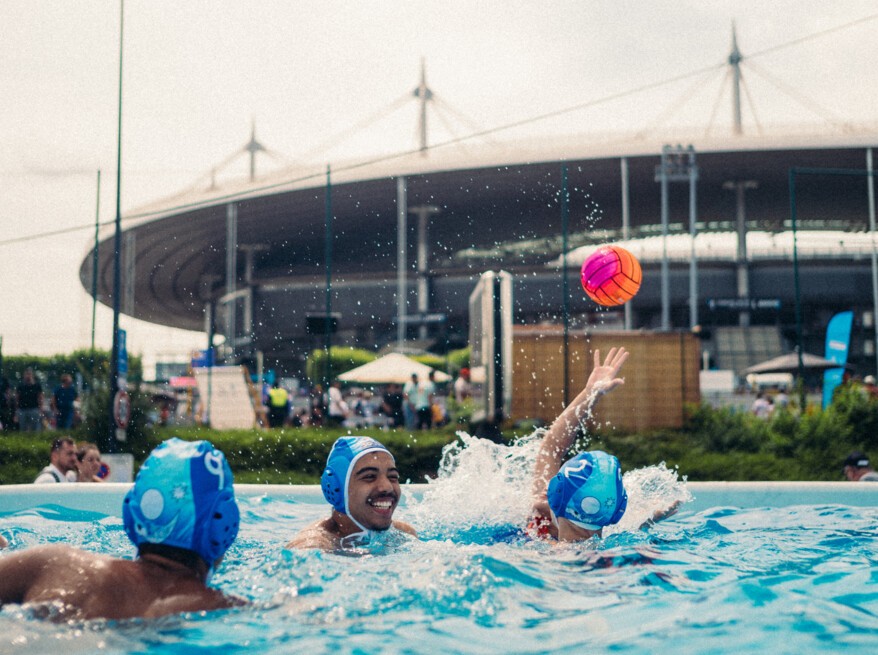 A bustling and successful Olympic Day celebration on the footsteps of the Stade de France. Seine-Saint-Denis is getting ready for 2024!

On Sunday 26 June, the area around the Stade de France was transformed into a huge open-air playground, where tens of thousands of people came with their families or friends to enjoy a number of sports, art initiations, and demonstrations. The event was led by Paris 2024, the Ministry of Sports and the Olympic and Paralympic Games, and the French National Olympic and Sports Committee (CNOSF) alongside stakeholders from Seine-Saint-Denis: the Department of Seine-Saint-Denis, Plaine Commune and the City of Saint-Denis. Under a festive and bustling atmosphere, all attendees were able to enjoy a foretaste of Olympic magic, in the heart of Seine-Saint-Denis, host territory of the Paris 2024 Games, in the presence of great champions: boxer Souleymane Cissokho, basketball player Diandra Tchatchouang, handball player Michaël Guigou, fencer Ysaora Thibus, Rugby 7s player Anne-Cecile Ciofani, swimmer Camille Lacourt as well as swimmers from the French team, back from the FINA Aquatics World Championships.

A foretaste of the Games

After the quays of the Seine and the Place de la Concorde hosted previous Olympic Day celebrations, Paris 2024 is pursuing its desire to bring sport out of the stadiums and into the lives of as many people as possible. For the 2022 edition Olympic Day, more than 40,000 m2 of tracks and fields of play were setup outside the Stade de France. Sports enthusiasts of all ages were able to discover, practice and admire more than 30 Olympic sports on the programme of the Paris 2024 Games (fencing, rowing, swimming, sailing, breaking, badminton, table tennis, etc.) as well as several Paralympic sports (sitting volleyball, wheelchair basketball and boccia).

A mix of sport and art

Under the beaming Parisian sun, in a festive and popular atmosphere with foodtrucks and live music, participants enjoyed spectacular demonstrations mixing sport and art: a freestyle football exhibition; trampoline and Double Dutch (jump rope); BMX flatland by Alexandre Jumelin, four-time world champion; breaking battles and much, much more. The combination of sport, art and other cultural activities is vital for attracting people to one part of the festivities and then encouraging them explore others. This multifaceted approach is particularly powerful for families and for tempting the sedentary back into sport.

The energy and talents of Seine-Saint-Denis in the spotlight

Home to Olympic and Paralympic champions and the cradle of many contemporary French artistic and cultural influences, Seine-Saint-Denis provided the DNA for Olympic Day 2022.

The day's programme showcased the region's talents: the presence of many athletes from the department (Diandra Tchatchoung, Anita Blaze, Lauren Rembi, etc.); breaking battles by local groups; dance demonstrations by the Hip Hop Games troupe; rap performances by artists from the department.

In 2024, Seine-Saint-Denis will be at the heart of the Games. The region will host numerous Olympic (athletics, climbing, rugby sevens, boxing, water polo, etc.) and Paralympic (para-athletics, para-cycling, etc.) events, as well as the Athletes' Village, a strong symbol of the universality of the Games.

The Paris 2024 Games will contribute the transformation of Saint-Denis. The Athletes' Village and the Media Village will be converted into near 4,000 housing units, and some twenty local sports facilities will be renovated for the benefit of the local community.

Tony Estanguet, President of Paris 2024: "Sport, entertainment, energy and sharing: this Olympic Day reflected what the Paris 2024 Games will be like for all those attending. It was important for us to organise it in Seine-Saint-Denis, an area that inspires us with its youth, dynamism and creativity, and which will be the beating heart of the Games. Thank you to all the federations, clubs, athletes, associations and all those who mobilised and contributed to the success of this day. Almost two years before the event, it is good to get a taste of the Olympic Games together!”

Amélie Oudéa-Castéra, Minister of Sport and of the Olympic and Paralympic Games: "We must collectively make these 2024 Olympic and Paralympic Games a great popular celebration that brings together all French people, around sport, its values, its great athletes and our territories. The Olympic Day in Saint-Denis, which brought together a large number of people from Dyonis and the Ile-de-France around the Stade de France, is a unifying event that gives us all a foretaste of the Games. It is this dynamic that we want to build on as we approach our major event; it will enable us to put sport and its benefits at the heart of society.”

Brigitte Henriques, President of the French National Olympic and Sports Committee: "Olympic Day is an essential moment in the life of the Olympic Movement to celebrate its birth and, above all, to promote physical activity and sport for as many people as possible in line with the values of Olympism. We are very happy that the event organised today around the Stade de France has gathered so many people, all generations included. We invite all our fellow citizens, whatever their needs and abilities, to come and practice in one of the more than 150,000 clubs in France in the autumn and get involved in the run-up to Paris 2024!”

Anne Hidalgo, Mayor of Paris: "What a great Olympic Day that has allowed all the public, Parisians and Ile-de-France residents, to come together around sport. These Olympic and Paralympic Games also aim to be a metropolitan event, with the Seine, a common asset for all, as the common thread. This Olympic weekend has enabled Seine-Saint-Denis, a partner department of the City of Paris, to be at the centre of this sporting event. Two years before the launch of the Games, what a magnificent adventure we are all living together!”

Valérie Pécresse, President of the Ile-de-France Region: With two years to go before the Olympic and Paralympic Games, this Olympic Day celebrated each year in the Île-de-France Region offers a great popular celebration that allows the greatest number of people, and more particularly our youth, to be mobilised around the values of sport and Olympism, which combine perfectly with those of the Republic. It is an important day for sport and all the actors of the sports movement that the Region constantly supports in order to allow access to and the development of sports for all.”

Stéphane Troussel, President of Seine-Saint-Denis: "Seine-Saint-Denis was very happy to finally host Olympic Day. It was a foretaste of all that awaits us in 2024, and it shows that the Games are being organised by and for the inhabitants. This event symbolically marks our entry into a new phase of preparation for the Games: that of the mobilisation of all residents. We are accompanying it at all levels: in the local economy, integration, sports practice, development of voluntary work, culture, education, inclusion... and we want to make sure that everyone is on board."

Matthieu Hanotin, President of Plaine Commune, Mayor of Saint-Denis: "A very nice Olympic Day in Saint-Denis this Sunday. Our city and, more broadly, the territory of Plaine Commune and the department of Seine-Saint-Denis are particularly proud to have been able to host this great sporting and popular event. Two years before 2024, we have been able to demonstrate once again that Saint-Denis, with its inhabitants, will be a great host for the Olympic and Paralympic Games.” 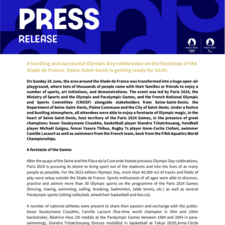 A bustling and successful Olympic Day celebration on the footsteps of the Stade de France. Seine-Saint-Denis is getting ready for 2024!.pdf 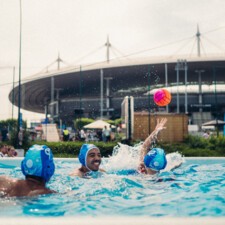 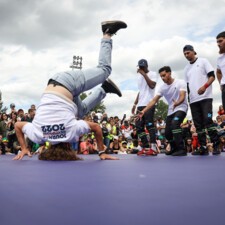 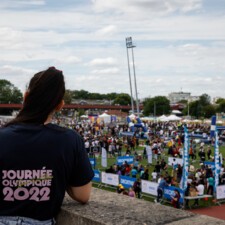